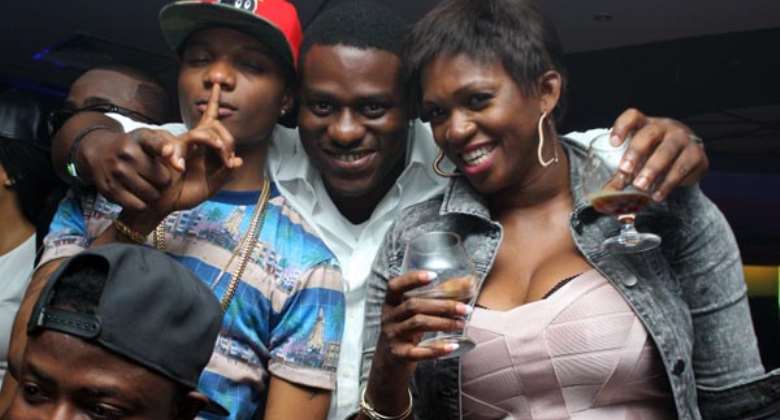 The duo separated after a dispute they had over the weekend. A lot of people who knew the two together had said,Godwin was a loyal Manager to Wizkid and always at his beck and call,and often times, have seen Godwin carry Wizkid's bag, changed outfits, open the car doors for him and so on.

Their disagreement started on the 11th of April, after they returned from Dubai, where WizKid performed at the Former President of Nigeria Atiku Abubakar's, son's wedding.

"I'm loyal and patient, not stupid...I'm on the move and I can't look back... No regrets at all! Wasted time, I can't get that back so everyday I go hard" Godwin took to social media to pour out his feelings.

He further went on to say, "When you sleep in a bed of thorns and roses, you learn to adjust, to stay still, to endure hurt and pain, but most important you learn to appreciate a bed without thorns...there is a difference between giving up and knowing when you have had enough!"

However, both parties have since removed each other's name and contact from their various social media pages - Wizkid has put up a new contact, Seun Johnson for his bookings.

Also, singer Waje has removed his contact from her social media pages; she now has a new management team - Wildflower PR!