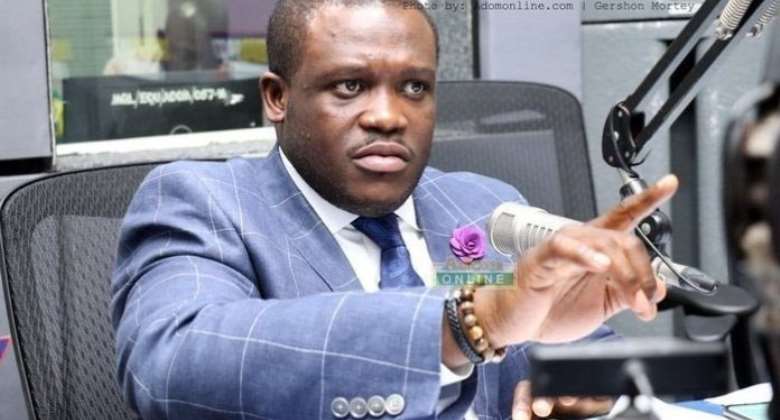 According to the Committee, such attacks have the tendency to plunge Ghana into unspeakable chaos.

“The Mass Action Committee has noted with concern, actions of some individuals including Members of Parliament that do not only appear to offend the laws of Ghana but also have the tendency to plunge our dear country into unspeakable chaos.”

“It was reported on Saturday 25th April, 2020 that, a group of supporters allegedly belonging to the NDC led by one Sam George, thronged the City Escape Hotel ostensibly to disrupt an ongoing meeting by the Electoral Commission,” the Committee said in a statement signed by Atik Mohammed, its Executive Secretary.

“The said meeting we understand was one of the routine meetings the Commission holds prior to major events on their calendar. To this end, the commission felt no need to request the presence of security officials.”

“In conducting this meeting also, the Commission we are told, was mindful of the safety protocols as were announced by the President and therefore, same were observed during the meeting.”

“However, unbeknown to the Commission, a group of people led by the MP for Ningo Prampram and the NDC Parliamentary Candidate for the Ayawaso West Wuogon Consituency, exploited the absence of security personnel to mass up at the venue issuing all kinds of threats and demanding that, the Commission halts the meeting.”

It narrated that “We find these actions repugnant and should not be allowed to go unanswered.”

“It is the view of MAC that, the mob's presence at the meeting venue and their ensuing actions posed a danger to the safety of the EC officials.”

“We further contend that, these actions could have degenerated into chaos but for the timely arrival of the police and national security officials.”

“To the extent that these actions violate our laws, we demand that the police administration arrest and prosecute the perpetrators”.

“In making this demand, we are minded by the fact that, Ghana is ruled by law and not men.”

“To this end, we will be petitioning the Inspector General of Police to cause an investigation to be conducted into the matter and those found culpable dealt with according to law.”

“We like to also suggest that, the Electoral Commission engages with the security agencies for adequate provision of security during their meetings and activities, be they routine or otherwise.”

“Meanwhile, we observe that the involvement of Mr. Sam George in matters that unfortunately eventually degenerate into electoral conflict is becoming trendy.”

“We like to admonish him as a Member of Parliament, to rethink his approaches to issues of electoral concern whiles drawing the attention of our security agencies to this fact.”