Can the philosophy of ubuntu help provide a way to face health crises? 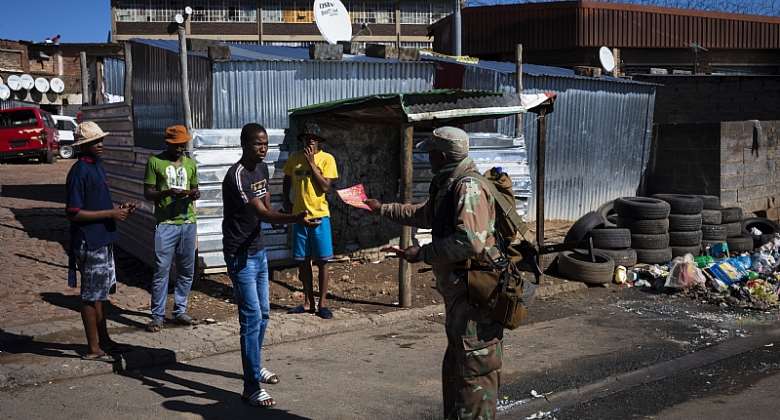 African communities, within South Africa and beyond, are diverse and complex, informed by different rules, values and beliefs. But public health emergencies demand that governments take decisive action which affect communities and individuals. In doing so, it's easy to override civil rights and liberties , and to suspend community consultations, engagement and shared governance in favour of quick decisions. This can have negative impacts as experience from the Ebola virus outbreak in West Africa showed. For example, failure to sufficiently interact with communities regarding initial protocols designed to make burials “safer” resulted in locally offensive policies that made little headway in transforming practices.

In an article published earlier this year, we argued that it might be useful in public health to draw on local philosophies that value the exchange of benefits and sharing of responsibilities. In particular, we suggest using the philosophy of Ubuntu to promote the idea that public health is more important than individual wellbeing. Through its emphasis on humanity, compassion and social responsibility, Ubuntu (“I am because we are”) has the potential to reduce conflicts between individual rights and public health, and might help governments gain community support for actions in emergencies.

We grounded our article in the H1N1 flu pandemic in 2009, as experienced in Malawi and Ghana . The article highlighted how Ubuntu and related notions of humanity might guide people's thinking about how individuals are responsible for the welfare of the wider society during a health crisis, and vice versa.

Lessons from the H1N1 pandemic

During the 2009 H1N1 pandemic in Malawi , people were forcibly vaccinated with conflicting results. The vaccinations were delivered late, few cases of H1N1 had actually been reported and there was little community engagement prior to the programme. Furthermore people were forced to agree to a technology that might not benefit them personally, although it would benefit the community at large. People were unwilling to cooperate. With limited community support and contention about infection and prevention, only 10% of the population was vaccinated.

Our work on Ubuntu and related philosophies to support adherence to public health measures during pandemics in a way that is acceptable both to society and to individuals, emerged from the shortfall of this campaign, and the challenges of establishing community support. This did not happen in the case of Malawi.

To achieve this requires advanced preparations, such as having Ubuntu as a decision-making framework to guide policymakers.

Public health measures that limit people's liberty, such as quarantine or restriction of movement, can create ethical problems. People may resist cooperating if interventions are considered unfair and unacceptable. They may retaliate with violence against health workers and police. The challenge is to balance individual and public health goals .

Lockdowns and “social distancing” have been introduced in most countries to contain the spread of COVID-19. They have been reasonably well observed in much of the world. In South Africa, however, police brutality, violence and resistance were reported in the first days of the lockdown and have continued . This reflects the militarised approach of the country's police minister, Bheki Cele :

This war we find ourselves in … is not a war against any citizen of this country, but is a war against a common enemy, the coronavirus. Whoever breaks the law and chooses to join the enemy against the citizens will face the full might of the law and police will decisively make sure that we defend the people of South Africa.

Military and police interventions may flatten the COVID-19 epidemiological curve. But the approach adopted may be unacceptable and still may have limited effect. It raises ethical concerns, tarnishes the reputation of law enforcement officers, and damages public trust in the police, military and health officials. In the longer term, lawmakers and law enforcers may do better to make legal systems worthy of respect than to try to instil fear of punishment.

People obey the law primarily because they respect legitimate authority. Accounts of enforced action to control Ebola and H1N1 suggest that a sense of emergency may override attention to other issues. These include communication with different groups of people, mitigation for economic fallout, massive unemployment, potential escalation of crime for survival, and the harsh effects of lockdown on the poorest people.

Social solidarity seems a useful way for governments to think about pro-poor policies and interventions. At the core of Ubuntu philosophy is the notion of collective solidarity. It means the self is perceived primarily in relation to others. The emphasis is on interdependence.

Extending the concept of Ubuntu beyond sentimentality isn't easy. Some may argue that it is too demanding on the individual and, in reality, does little to reconcile individual and community interests.

Ubuntu was used effectively by Nelson Mandela to encourage community cohesion, although notably not in response to the HIV/AIDS pandemic . This contrasts with the use of ubuntu in state communication to mitigate the transmission of HIV in Uganda, as we described in our recent article .

Further, in South Africa, despite its value in communicating leadership goals, its use to policy appears to have declined in recent years. To be sure, migration, shifting consumer values, trade and globalisation have had an impact on local value systems. “Traditional African” principles of what is right and wrong have been diluted by Western norms and practices, by neoliberalism and models of growth that centre on consumption. Now is perhaps the time to revisit our priorities and values, and to reconsider how government and communities might work together.

There are debates about what constitutes Ubuntu. But it does provide a language for people to use when taking action to prevent disasters, even if this involves practices such as lockdowns. Ubuntu asks simply that people regard others and do good. I am because we are.

By Evanson Z Sambala, Research Fellow, School of Public Health, University of the Witwatersrand And

Hottest Photo Reports
Catch up with all the political quotes from our politicians.
Advertise here
More Article
ModernGhana Links
The AfCFTA will improve Africa's ability to respond to future pandemics
Ghanaians celebrate Dr. Justice Issah Musah Suguru, a United Nations fellow
UW/R: Traditional authorities, CSOs, youth groups and others support the call for non-partisan election of MMDCEs
The future of Ghana depends on the youth
Meet the black family that once asked U.S. President Joe Biden to support Immigrants
C-KADD Global’s Reflections On 2022 Budget
Transitioning into cybersecurity with Zero IT background
Good Governance and the Fightback Against Africa’s Economic Slowdown
Ghana Can Become A Regional Maritime Hub Through Digitalization
TOP STORIES