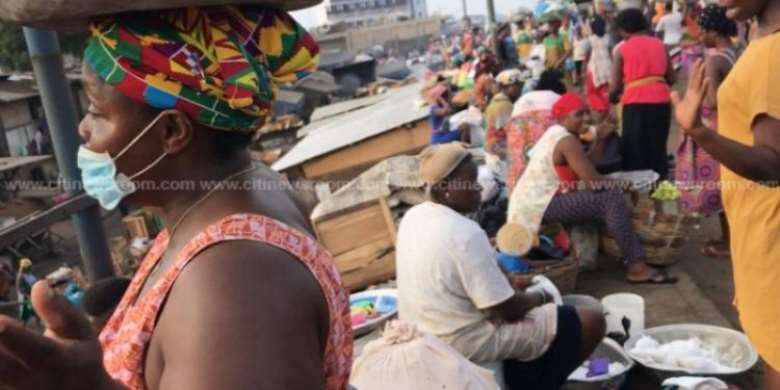 The Nima market is expected to be reopened tomorrow, Tuesday, for trading activities after it was closed on Friday, April 24, due to the disregard for social distancing by the traders.

The closure of the market last Friday by the Ayawaso East Municipal Assembly did not go down well with the traders who besieged the assembly's head office at Kawukudi to protest the decision.

The Municipal Chief Executive of the Assembly, Hajia Salma Mohammed Sanni Adams in a Citi News interview disclosed that the assembly will from tomorrow be operating a shift system for the traders.

“Nima markets are going to open tomorrow and we will hold a meeting with the traders this evening on how to obey social distancing. The queens of the market, traders, and stakeholders will all be there. I toured the market on Saturday with some of the women and educated them on the wearing of the nose mask which is mandatory and I told them we are going to run a shift,” she said.

The Assembly today [Friday, 24th April 2020] temporarily closed down the market attributing it to the traders' non-compliance with the social distancing directive announced by the president and health authorities.

The Municipal Coordinator Director for Ayawaso East Municipal Assembly, Nii Armah Ashietey in a Citi News interview explained that reopening the market will be dependent on the outcome of the consultation with stakeholders.

Lead by example, don’t also travel abroad for one month – Ab...
32 minutes ago