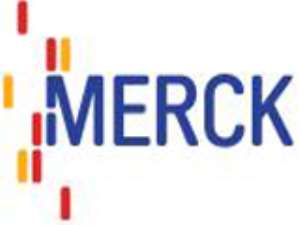 The vaccine, only for adults who have had chickenpox, aims to reduce the risk of shingles in adults 60 and older.

A new vaccine to prevent painful attacks of shingles in people 60 and older has received federal approval and is expected to be on the market in about a week.

The Food and Drug Administration announced Friday that it has cleared the way for Merck & Co. Inc. to begin shipping the vaccine called Zostavax. A five-year study showed the vaccine can protect about half the people who get it from developing shingles, a painful rash that can lead to a more devastating painful condition called postherpetic neuralgia.

"This vaccine gives health care providers an important tool that can help prevent an illness that affects many older Americans and often results in significant chronic pain," said Dr. Jesse Goodman, director of the FDA's Center for Biologics Evaluation and Research.

As many as 1-million Americans develop shingles each year, according to the National Institutes of Health, and about 20 percent of them progress to postherpetic neuralgia, which can cause excruciating pain for months or years.

Shingles can emerge in older people when their immune systems weaken, allowing the virus that causes childhood chickenpox, which has stayed dormant in the body, to reawaken, said Dr. Penny Tenzer, vice chair of the Department of Family Medicine at the University of Miami's Miller School of Medicine.

"Shingles is very uncomfortable and can interfere with everything you do, but the real (problem) is if they get postherpetic neuralgia. If they get it on the back, for example, they can't wear a shirt because anything touching it hurts," Tenzer said.

Shingles first causes pain, itching or tingling in an area of skin on one side of the body or face. A painful blistering rash then develops and can take up to four weeks to heal. Anyone who has had chickenpox - most adults in the United States - could develop shingles, but not all will. The two major risk factors are increasing age and declining immunity. About half of the people who live to age 85 will get the disease if they had chickenpox as a child.

"The virus sits around in nerves near the spinal cord and reactivates years and years later," Tenzer said.

A study published last summer in the New England Journal of Medicine, included more than 35,000 adults and showed the vaccine reduced the incidence of shingles overall by 50 percent, and in people 60 to 69 by 64 percent, compared with those who got a placebo shot. Postherpetic neuralgia occurred in 107 cases - 27 in people who got the vaccine and 80 in those who got the placebo shot.

Sharon Smith, 68, of Portland, Ore., participated in the Zostavax trials in March 2000, but she received a placebo, or dummy injection, instead of the actual vaccine. That October, she developed shingles. After two emergency room visits and a short hospital stay, Smith remained on pain medication until May 2001, when her searing pain finally ebbed.

"I used to say it was like someone pouring hot oil over my head. At points, I would be stricken with this pain after the initial shingles began, it would just literally bring me to my knees. It was almost indescribable," Smith said. She added: "I didn't know you got over it. That is a very devastating thought, that you could be facing that pain forever. It could ruin your life."

The vaccine, which must be stored frozen, will cost doctors $145.35 per dose. Some insurers will cover the cost. For people with no insurance and who meet certain income requirements, Merck will supply the drug for free. The program, which begins sometime this summer, is for single people with an annual household income of less than $19,600, couples earning less than $26,400 and families making below $40,000.

The vaccine's long-term effectiveness remains unclear. Merck has shown that it works for at least four years, and the company plans to track patients for a decade. Merck also pledged to further study the vaccine's safety after patients in clinical trials suffered a slightly higher number of serious side effects than those who got dummy injections, the FDA said.

The approval is welcome news for Merck, which faces thousands of lawsuits over its withdrawn painkiller Vioxx. It's also just one of several vaccines for which the Whitehouse Station, N.J., company has received - or soon expects to receive - FDA approval.

And early in June, Merck hopes the FDA will approve its Gardasil vaccine against human papillomavirus, the main cause of cervical cancer.

The company is eyeing the roughly 50-million Americans and 100-million Europeans age 60 and older as its largest markets for the single-dose vaccine.

The vaccine could become a $1-billion or more a year seller for Merck, said analyst Steve Brozak, with WBB Securities in Westfield, N.J.

Merck shares rose 17 cents to close at $34.56 on the New York Stock Exchange.

Information from Knight Ridder Newspapers and the Associated Press was used in this report.

$145.35: THE AMOUNT MERCK PLANS TO CHARGE DOCTORS FOR A DOSE OF ZOSTAVAX.

50%: THE COMPANY'S ESTIMATE FOR THE PERCENTAGE OF PEOPLE WHO WILL DEVELOP SHINGLES BY THE AGE OF 85.