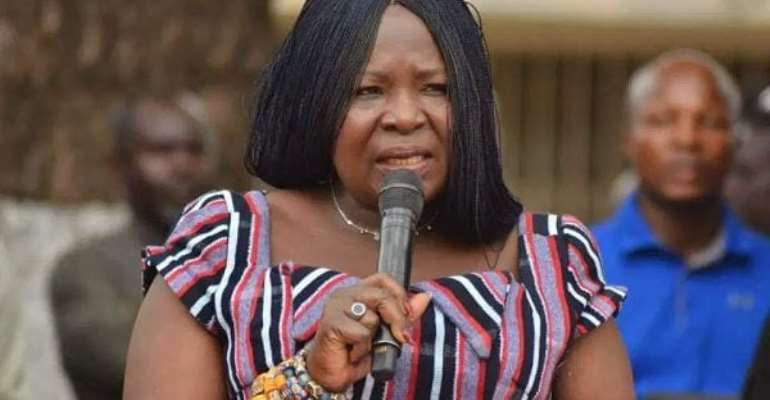 I have followed you and admired you on this platform for a while now. You appear to be a progressive person leading the upper east region. I am particularly impressed with your promotion of its people and culture through social media.

But my admiration has turned into disappointment in your leadership in the past 4 days during which you have played ostrich whiles criminals attack and kill the people of Kandiga under your watch.

It is ridiculous and unbelievable that it took four days of watching some criminally motivated, illegally armed, and politically protected elements from Doba, (your constituency) cross over to Kandiga to shoot and kill innocent people before supposedly imposing a state of emergency to restrict the movement of all the people of both Doba and Kandiga - while the clearly identified criminal elements roam freely about.

It is even more ridiculous that that lame action was taken under the imposition of restriction act 2020 (Act 1020), a law that was passed recently to fight the coronavirus pandemic.

Are you saying that prior to this year, there was no criminal law dealing with criminal acts such as what started at the Kandiga junction 4 days ago and continue to happen until today? Are you telling us that the purpose of the imposition of restrictions Act has now changed to replace existing criminal Acts?

Please, we know what happened. We know that the so-called “disturbance” are plain criminal acts by one group of Doba people with political protection.

To claim in your statement that you are imposing a state of emergency following “disturbances” in the Doba -Kandiga areas is a cover-up of the real situation. A criminal attack on a state-sponsored construction project is not “disturbances”.

We also know that 4 days ago, during the construction of the project, a group of criminal elements from Doba crossed over the river separating the two communities to attack the workers who constructed the police station. We know that 3 people died in that attack on the state and on the Kandiga people.

Why do the two communities have to take responsibility for the criminal acts of a few people? Why create the false impression that this is an inter-community conflict?

Madam, please don't try to cover up the facts because an innocent mother, a Kandiga woman who carried water on her head, as her contribution to the police station construction project, died in that criminal attack, not from a bullet wound but from fear and panic. That woman should have been protected by the state because she was helping the state to construct a police station to keep law and order.

It has been 4 days since those criminals from Doba invaded the Kandiga junction Police station construction project. Since then, these same armed groups have continued to cross over from Doba to attack the people of Kandiga from different angles under the watch of the military and the police that you have deployed to the area.

Madam Minister, we know you have political interest in this matter. But you cannot allow armed bandits from your constituency to freely roam about and kill the people of Kandiga because of your political interests.

Yes, Doba is under Navrongo central constituency where you are currently running to be the NPP parliament candidate.

Yes, Doba is your stronghold where you are expecting your votes to offset the current MP Kofi Adda, who supposedly control the Navrongo central town.

And yes, your hope of winning the NPP primaries lies in votes from Doba. We know that. But you cannot sacrifice the Kandiga people in the process to win votes in your party primaries. You cannot give the criminal elements from Doba a free pass to shoot and kill innocent people while imposing a state of emergency on everyone else. Arrest the criminals first.

Look, the Kandiga and Doba people are the same Nankani speaking people separated only by a river. You know that very well as the regional minister. The two peoples have intermarried and are socially and traditionally interconnected. The two communities have never gone to war with each other. Land disputes between the two communities have been settled in the courts in the past, never through armed conflict.

It is therefore out of place for you to impose a state of emergency on the two communities using a law that was passed a month ago to fight coronavirus pandemic as a response to criminal acts committed against the state by a few identifiable and protected bandits.

To turn round and pretend that this is an inter-community conflict is a very dishonest act that I do not expect from the regional minister, the Navrongo municipal chief executive and the Kassena Nankana West district chief executive, all of who are state officials.

We know that William Adum, the Navrongo municipal chief executive is rooting for you madam, in your primaries against the sitting MP. Therefore he also has interests in letting off the Doba criminals with such a misleading public communication and the current inaction on the matter.

The fact that this conspiracy to cover up a criminal act by a few elements has the support of traitorous elements from the Kandiga community like Emmanuel Ndema, former Navrongo municipal chief executive, does not take away the partisan political undertones in this so-called disturbances.

If you can find characters like Emmanuel Ndema, to lead a search in homes of defending victims in Kandiga for weapons, I am sure you can equally find people in Doba who will point out the criminal attackers.

Madam, your votes for your NPP primaries may be in Doba but you are the regional minister and responsible for the security, safety and protection of all the people of the upper east region.

Imposing a general state of emergency over the two communities without arresting the criminal elements perpetuating these troubles give credence to the rumours that you and the Navrongo municipal chief executive are giving protection to the criminals in order to protect your parochial political interests.

If this is the case, be reminded that the blood of the innocently killed is on your hands. The mother who died out of panic from gunshots had blood running through her veins. And any politician who wants to ride on the blood of the people to power must know that innocent blood has the power of revenge.

Please, I am calling on you to immediately order the arrest of the armed criminals from Doba, protect the unarmed victims of Kandiga instead of rather allowing the arrest of innocent old men from Kandiga who are trying to defend themselves on their own territory.

The Kandiga and Doba people are one people. The only people trying to divide the two communities are the criminals from Doba and their political backers whose manipulated security councils are covering up the real issues whiles throwing dust into the public eyes!

Please ACT NOW in the interest of law and order and the good people of both communities and stop playing ostrich!

Sacut Amenga-Etego
Son of the Land

More Letter
ModernGhana Links
Open Letter To President Of Ghana On The Operations Of Komenda Sugar Factory
Otokunor writes: Open Letter To President Akufo-Addo On The Comments Of Mr. Lord Commey
Open Letter to Mr. Bagbin, the Speaker of the Parliament of the Republic of Ghana
Letter To The National Peace Council Through All Ghanaians
Open Letter Speaker Of Parliament Of Ghana over the authority of the Ashanti Regional Minister for the Deployment of Military to Ejura
An open Letter to Mr. Kofi Adams
Open Letter To The Mce Nominee For West Gonja -Hon. Karim Musah Kusubari...
An open letter to the President Akufo-Addo: Social justice and the development dilemma in Ghana: Why ends are not meeting
Open letter to Hon. Henry Quartey
TOP STORIES