Felix Adenaike: A Musketeer At 80 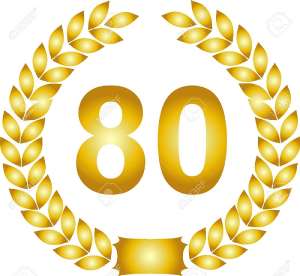 "Perfection is not attainable, but if we chase perfection we can catch excellence."

Thirty-one years ago, at the premises of the Tribune Group of Newspapers, Imalefalafia, Ibadan, I was privileged to listen to a seminal lecture on and about Journalism as well as the business of newspapering. It was a very captivating lecture that was blissful. Equally instructive and illuminating. Detailed, scholarly, rich in research and intellectually ornamenting.

The kernel of the lecture was why newspapers failed in Nigeria and the isolated answer given by the lecturer was that every newspaper in Nigeria wanted to be a "national newspaper", especially when they did not have the resources. As a result of this, they were often stretched thin and thus stressed out of viability.

In this lecture, he posited that it was better for newspapers to have catchment areas. It was important for a newspaper to have a base. This catchment area could be consolidated and dominated. In addition, such a newspaper would cultivate loyal and dedicated readers and customers that would consistently look forward to seeing it on the street every blessed day. This would create a sustainable relationship, a sustainable economic base and a priced longevity as well as the survival of the newspaper.

To elucidate his theory, he reeled out the names of newspapers in the United States for example and noted that the most influential of them and globally acclaimed ones like the New York Times, Washington Post, Wall Street Journal among many others were and are still regional papers. He mentioned USA Today newspaper as the only national newspaper in the United States.

This was in 1989 at the 40th Anniversary of the founding of the Nigeria Tribune by the late sage, Chief Obafemi Awolowo. The celebration was christened "Voice of The Voiceless" to denote, define and describe as well as celebrate, consecrate and commemorate the roles of the Tribune Group of Newspapers in the annals of economic, social and political emancipation of the people. The lecturer was none other person than the one and only authentic General Officer Commanding (GOC) in the profession of Journalism in Nigeria, Prince, he has always insisted on being referred to as Mr., Felix Adedapo Adenaike.

Before that time, Mr Peter Ajayi, (may his blessed soul continue to rest in peace) had adopted me as a protégé. He had me under his wings, teaching, guiding and encouraging me. He made me to read and read, and he provided some of the books. Through him, I had encountered the intimidating brilliance of Mr. Adenaike and the exhilarating excellence of Chief Olusegun Osoba, who later became the Governor of Ogun State, at close quarters.

The three of them were the Three Musketeers. It was Chief Obafemi Awolowo who gave the trio that cognomen, and it fitted and still fits excellently.

During their time, they were the powerhouse of Journalism in Nigeria. Without let or hindrance, they bestrode the journalistic firmament like comets. They were brilliant, courageous, principled, adventurous with permeation of integrity and dignity. Deeply educated in the real sense of it, they were thorough professionals. They were genial but very firm and tough. It is indeed difficult to write about one of them without touching on the other two.

But this is a celebration of our own GOC, the one and only Felix Adenaike. He was an efficaciously efficient administrator. A no - nonsense executive. He was congenitally driven and compulsively motivated. A go - getter. He drove others the way he drove himself. He did not take excuses, because he would never give one. He abhored incompetence and laziness, both Intellectual and physical. He suffered fools very gladly.

All he wanted at all times was result: concrete, measurable and identifiable result. If you ccouldn't get result, you didn't have too many chances before you're sidelined or let go. When he gave instruction, it always ended with "with immediate effect." One would be in great peril not to execute such instructions immediately. The peril could include demotion or sack after a couple of chances. No excuses.

Adenaike is a Lombardian. He belongs to the Vince Lombardi School of Thought. A School of Thought that believes intrinsically that excellence must be pursued, that it must be wooed with all of one’s might and every bit of effort. The Lombardians believe that you don't do things right once in a while, you do them right all of the time. Excellence is not a "sometime thing." It is an "all of the time thing."

A professional journalist of highest order that is uncompromisingly thorough and meticulous, through and through. Having gone through the mill, mastered the moxie, he would insist on compliance with the basic journalistic tenets in all the branches for a complete, wholesome, beautiful, alluring and pulsating package. He is one of a kind.

Felix Adenaike started out as a teacher, rising to become a headmaster before crossing over to the civil service as an information officer at the Western Region Ministry of Information and Home Affairs. But he would rather like to be referred to as a "News Reporter" as opposed to "Information Officer." From here, he crossed to the Daily Times as a journalist. He made his mark there as a compelling features and Leader writer. His "clearheaded analyses" soon earned him posting to West Africa magazine in London as senior correspondent. He was also Europe Correspondent of the Daily Times, with operational base in London.

From London he came home to be the Chief Executive Officer and Editor-in-Chief of the Daily Sketch Group, Ibadan. He became the District Manager, Daily Times, for Oyo, Ondo, Ogun and Kwara States from thence and operated from Ibadan. He moved to African Newspapers of Nigeria, publisher of the Tribune Titles as the Editor-in-Chief and Executive Director at Imalefalafia, Ibadan. That was where he was invested with the GOC cognomen.

His journalistic skill set continues to be in high demand locally and across the oceans. He has been a member of many editorial boards of national and international media such as The Guardian; The Comet, The Nation; Leader writer for West Africa, The Times of London; commentator/analyst, BBC African Service.

He was conferred with the fellowship of the Nigerian Guild of Editors in 2003 and has received numerous honours from the Nigeria Union of Journalists. For his "lifelong devotion to advancing the frontiers of knowledge and strengthening the media as a pillar of democracy and prodigious contributions to nation building", Mr. Adenaike was conferred with the FAME Lifetime Achievement Award.

After his retirement he became book publisher/editorial consultant and has served on federal, state and private boards of corporations. A surprisingly very religious person. A man of deep faith who believes that God has the ultimate say in the destiny of any man. This is an aspect of him that is not widely known. A practicing Catholic, he does not joke or toy with mass sessions.

A quiet philanthropist who operates under the radar to lift others up and out of poverty. Unknown to many, Mr. Adenaike is an angel of hope and consolation to several indigent souls. He has given and is still giving his shoulders to those who needed them to lean on. To the dark existence of some, he has brought klieg lights of joy and happiness. He doesn't talk about it. He doesn't make a show of it.

In the words of that great African American poet, Maya Angelou, Felix Adenaike has not just lived and survived, he has thrived. He has done so, so far, with some passion, some compassion, some humour and some style. A very consummate family man, Mr. Adenaike, is married with six children - three boys and three girls, all professionals.

On behalf of many of his foot soldiers, this is wishing our General Officer Commanding (GOC), Felix Adedapo Adenaike, a very happy birthday and many happy returns of this beautiful day.

President Akufo-Addo’s sterling leadership saved us from COV...
53 minutes ago