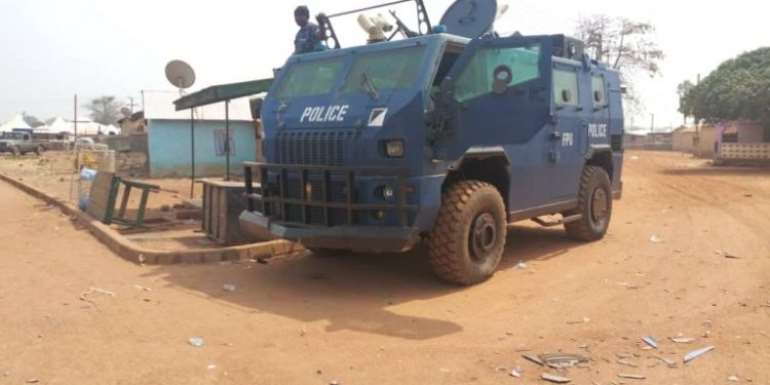 The decision to lift the lockdown has been met with mixed reactions with a majority of city dwellers saying the step may cause more harm than good.

One of such groups is the Eastern Regional branch of the Ghana Medical Association.

Speaking on Eyewitness News, Dr Akoto Ampaw who is the medical superintendent at the Kwahu Government hospital at Atibie in the Eastern Region and Eastern Divisional Chairman of the Ghana Medical Association, said they least expected a lift on the restriction of movement.

According to him, they rather expected government to completely or partially lockdown the Eastern Region.

“I will say that the majority of Ghanaians did not expect a lift on restrictions on the Greater Accra and the Greater Kumasi areas and I was one of such people who did not expect restrictions to be lifted immediately. And concerning the fact that we in the Eastern Region are really concerned about the numbers in the cases that we are recording; to put it that Eastern Region is now number three on the log of cases that have been recorded in Ghana, we were rather expecting that there will be restrictions within the Lower Manya Krobo and the Esujaman district areas which have become another epicentre for COVID-19 patients in Ghana,” he said.

The first case of COVID-19 in the Eastern Region was reported on 31st March 2020 in the AFCON Camp B (Lower Manya Krobo).

After the first case of COVID-19 was confirmed in the region, all persons who were believed to have come into contact with the infected person were quarantined and blood samples were taken for testing.

However, later reports from the Ghana Health Service indicated that other cases were recorded outside the quarantine camp.

Commenting on this development, Dr Ampaw said the least action the President could have taken was to lockdown the Lower Manya Krobo District and carry out enhanced testing in that area.

“We were expecting, based on the new case rise, at least in the Eastern Region that we were going to contain or cordon off that particular area so that we can intensify the contact tracing in the area and also see it per new cases that are coming; are they within the community? The data that is coming out from Eastern Region shows that the majority of the cases that are recorded in the Region are from the AFCON camp and that came from the index case and its primary contacts. What we have not done yet is to find out if there has been a community spread beyond the AFCON camp, probably, cordoning off that area would have allowed us the opportunity to even test independently people who are within that area who are not related to the AFCON camp or the index case and its contacts.