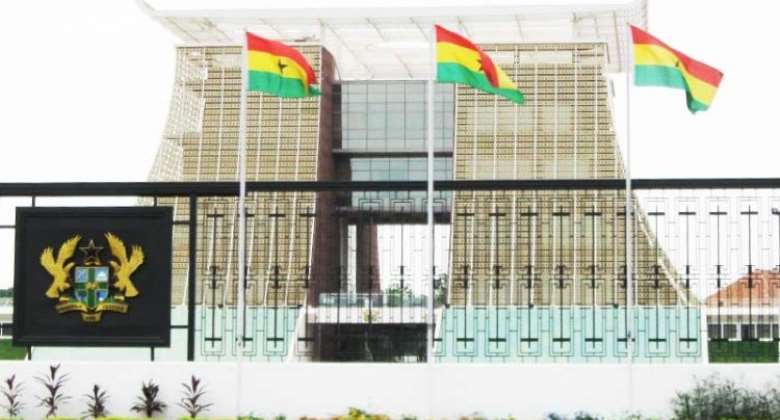 Introduction
Globally, most countries refer to their seat of government and residence of the head of state as presidential palace as it is the case in Vietnam and Mauritania, for example.

As enumerated below, other countries also choose to call such edifices with unique names and they have maintained those names over so many years irrespective of the political party in power. For example, it is called the White House in the US, the Union Buildings in South Africa, Rashtrapati Bhavan in India, Scloss Bellevue in Germany, Kremelin in Russia, Palais de I’Elysee in France and Casa Rosada in Argentina.

In the case of some of the aforementioned presidential edifices, the names were given so many years ago. That of Russia for example was named in the 1320s, US in 1860, France in 1722 and Argentina in 1873 but the names do not change to suit partisan political ideology. This is because the presidential palace is a national asset built with public funds so a certain political party or the other should not dominate it and keep changing its official name. Doing so is a sin against the people. Paradoxically, the name of Ghana's current presidential building has been changing since 2009 depending on the political party in power.

Prior to the rebuilding of the current presidential palace in use in Ghana, the seat of Government has been the Christiansborg Castle, which is also called Osu Castle or Fort Christiansborg. It was built by the Danes in the 1660s, and mostly used as the seat of government in the past. The forte was named eponymously after the King of Denmark, Christian IV so Christiansborg means Christian’s Fortress.

In 1693, the Forte was even invaded and occupied by the Akwamus, after they overpowered the Dutch occupants in war. A chief and a business tycoon of Akwamu called Assameni took over the castle and occupied it for about a year until he sold it back to the Danes in 1694. The cost price was 50 marks of Gold but he retained the keys, which have been in the possession of the Akwamus as part of their historical royal assets till today. The British later bought the Fort from the Danes in 1850.

The Osu Castle therefore remained a British property until Ghana became an independent nation in March 1957. and when in July 1960 Ghana became a Republic, President Nkrumah once used the place briefly as his residence. Subsequent leaders after Nkrumah who ruled Ghana also used the Castle as the seat of government. It however ceased to be the seat of the Government of Ghana on 6th January 2009 when the new presidential palace was put to use. In view of partisan political interests however, both the opposition NDC and the ruling NPP have named Ghana’s current presidential palace differently. The NDC calls it Flagstaff House and the NPP calls it Jubilee House.

History Of The Flagstaff House And Its Usage Over The Years

After the 24th February 1966 coup d'etat which overthrew Nkrumah, the use of the Flagstaff House as the seat of government ceased. The Christiansborg Castle was again used for the said purpose until 2008 when President Kufour reconstructed the old flagstaff house at an estimated cost of 40-50 million dollars, with assistance from India.

The Kufour Administration then changed the name from Flagstaff House to Jubilee House but because the NPP left power, they could not use the place until 2017 when President Akufo Addo of the same party (NPP) occupied it. The NDC was the first to use it after the reconstruction.

Initially, the NDC government led by the late President JEA Mills was hesitant in moving into the Flagstaff House until January 2009. When they moved in, it has been known and called the Flagstaff House. However, the current Nana Addo (NPP) administration had changed the name of the presidential edifice again to Jubilee House. One should not be surprised if the NDC also changes the name again to Flagstaff House whenever they return to power.

One equally wonders why the inconsistencies in the choice of the name for Ghana’s seat of government when other countries have maintained the same names for theirs for over 100 years. The US has called it the White House since 1860 (160 years). Other countries equally do not change the names to suit partisan interests. Why is Ghana doing so? Is it relevant or trivial to do so? Does the change of name of such monuments have any cascading positive impacts on development?

Conclusion
Are the NDC and NPP - the two contending major political parties who have been able to rule Ghana in the 4th Republic since January 1993- not taking Ghanaians for a ride? My thesis is that changing the name of the seat of Government of Ghana from Flagstaff to Jubilee House and vice versa is uncalled for. Let us be serious as a country and focus on very important issues but not the storms in a teacup that are not germane to the pace at which we develop. The world is never standing still like a pillar of salt figure of Lot's wife waiting for Ghana before it moves forward. Despite that, we need stability in the name for our presidential palace so we do not continue confusing ourselves and the world regarding the actual name of the edifice. Ghana has a chequered history so we should not make the history more chequered by changing the name of the presidential palace due to partisan political interests. The change of name and change of letterhead and other things come with cost. We should not be wasting money on trivialities. We should rather channel that money to develop our health system so that diseases like the current pandemic will not catch us pant down and send us to early grave.

If indeed Ghana wants to be changing the name of the presidential building, then it should have more than 2 of such edifices like Egypt has. In that case, one will be called the Flagstaff House and the other, Jubilee House. But that too will be money wasting because we already have the Peduase Lodge. Another way out is that the current presidential palace should be called The Jubilee Flagstaff House. This is my view, no matter how dissenting it may sound. Dear reader let me know your view so we learn together. Thank you for reading.