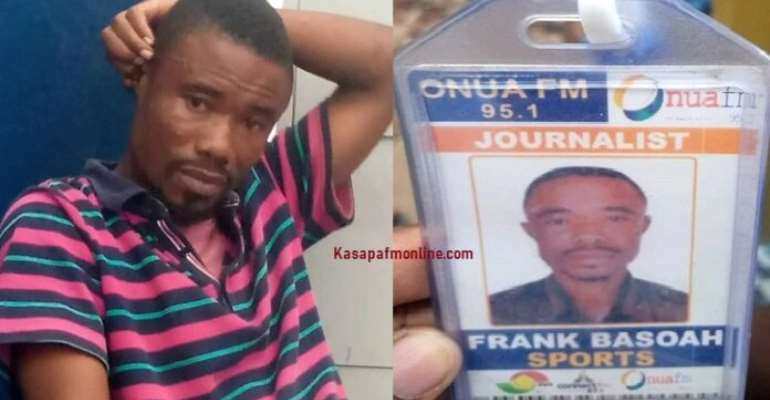 Frank Basowa, who parades himself as a journalist and works at Onua Fm has been arrested at Buduburam for allegedly extorting monies from shop owners claiming they’ve defied the lockdown order when Buduburam is not part of areas under lockdown.

According to the police, Frank and his team went round from shop to shop taking Ghc100 from shop owners claiming that he had been sent by Military officers at Kasoa who are enforcing the lockdown.

Police investigations revealed that Frank is not a worker at Onua FM but using a fake ID card.

In an interview with Kasapa FM News Yaw Boagyan, some of the victims said Frank told them that he is taking the money to the military officers, but it was found out that he had not been sent by any military officer.

He will be arraigned before court Tuesday, according to Police.

Mankarigu Health Center temporarily closed down after attack...
3 minutes ago