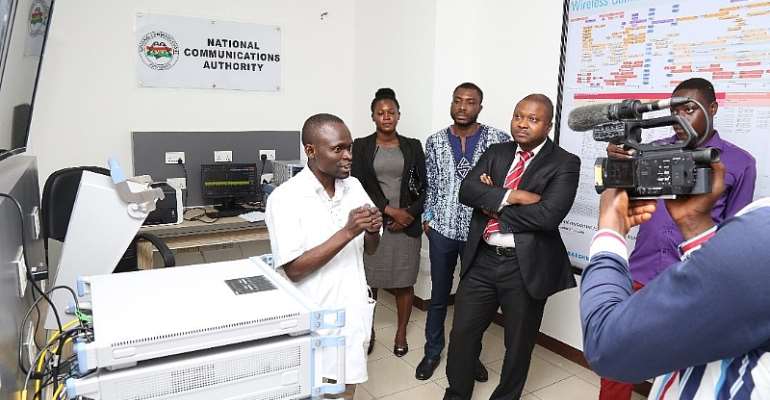 Accra, Ghana, Thursday, 9th April, 2020: The National Communications Authority (NCA) has taken note of recent widespread rumours and misinformation about 5G technology and its alleged link with the COVID-19 virus.

The NCA wishes to state categorically that there is absolutely no link between 5G technology and COVID-19. The public is therefore advised to disregard the misleading videos and audios circulating on social media.

The First Generation (1G) wireless mobile technology was analogue which was launched in Ghana in March 1991. It enabled customers to make voice calls on a hand-held telephone while on the move, an improvement over stationary telephone sets.

It was soon followed by Second Generation (2G) digital mobile technology which, in addition to voice calls, enabled Text Messaging (SMS) and a very limited amount of data to be sent over the Internet although it was rather slow.

Fourth generation (4G) came with even faster internet data speeds to improve the consumer experience. Operators in Ghana continue to expand access to both 3G and 4G technology.

The fifth generation (5G) is the next generation of mobile technology which has not yet been deployed in Ghana. However, it promises significantly higher internet data speeds which will enable innovative products and services in agriculture, transportation, education, health, security and commerce.

All generations of mobile cellular technology (1G, 2G, 3G, 4G and 5G) operate on radio frequencies (RF). These frequencies are not visible, but they exist in the atmosphere; they are what enable radio and television stations to transmit news and information to us. They generate non-ionizing radiation which pose no harm to human beings.

There have been over 50 years of scientific research about the potential health risk associated with radiations from radio frequency signals and telecommunication installations.

The World Health Organisation (WHO) reports that no evidence has been found to conclude that exposure to RF radiations are harmful to human health despite extensive research to date. RF radiations from FM radio and TV broadcasting signals have not caused any health hazards despite the many years of human exposure to them. Comparing the characteristics of the RF radiations from 1G, 2G, 3G, 4G and 5G base stations and handsets to that of FM radio and TV, the NCA does not expect any harm to human health.

The NCA, as part of its consumer protection mandate, has established a Type Approval laboratory with test and measurement equipment for Radio Frequencies (RF), Electromagnetic Fields (EMF) and Specific Absorption Rate (SAR) (See attached pictures). The laboratory undertakes measurements to ascertain the safety of mobile devices (phones, tablets, etc) and field measurements of radiations from mobile base stations at frequencies below 6GHz which is the range of frequencies for 2G, 3G and 4G in Ghana. Future 5G deployments in Ghana will also utilize some frequencies below 6GHz as well as higher frequencies and within safe limits.

Additionally, in 2019, the NCA contracted independent private agencies to audit all base station masts/towers in Ghana for structural integrity and to assess the level of radiations from all the sites. The audit reports confirmed that radiation levels are significantly lower than the ICNIRP reference levels.

The public is therefore assured that, radiations from mobile base stations in Ghana are safe.

Details of Some NCA EMF Measurements

At the time of the last measurement conducted by the NCA in January 2020, the highest field strength recorded below 6GHz was 3.464 Volts per metre (V/m) in a frequency band where the ICNIRP safety limit is 61 Volts per metre (V/m). Therefore, the highest EMF radiation measured by the NCA in January 2020 was 94.32% lower than the ICNIRP Safety Level. Note that the lower the figure, the safer the radiation level.

The following are results for various wireless services/technologies measured by the NCA in Accra in January 2020:

The public is informed that, before a base station mast or tower is erected in Ghana, permits are obtained from the EPA and Local Authorities. As part of the permitting process each telecommunication company obtains a radiation safety report or certificate from the Radiation Protection Institute (RPI). The RPI’s measurements over the years indicate compliance to ICNIRP levels by all Mobile Network Operators as the NCA affirms by its own measurements.

The general public is assured that all mobile technologies are safe. As part of its regulatory mandate, the NCA in collaboration with the relevant state institutions will continue to measure and check compliance to the safety levels of RF exposure to ensure protection of all users of communication services including 5G (when it becomes available in Ghana) and future advanced technologies. The Authority further assures the public that there is absolutely no relationship between any mobile technology and COVID-19.