Covid-19: Ghanaians In China Guandong Lament After Eviction From Hotel 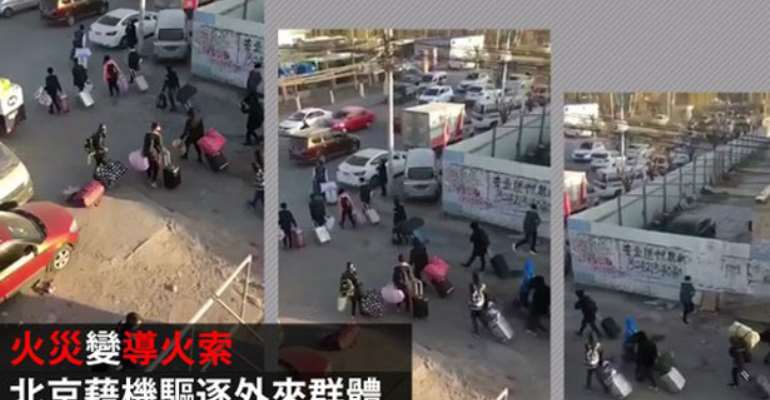 Chinese authorities have reportedly started kicking out Black foreigners from the Guandong province following a spike in imported coronavirus cases in the country.

A Ghanaian, Mary Frempong living in Shenzhen who is distressed at the development taking place in that jurisdiction told Kasapa 102.5 FM that black foreigners have taken shelter in the streets since local police began throwing them out from their homes.

“The situation here is very sad. Landlords have been sternly warned by authorities to eject black foreigners from their flats. Just yesterday, some two Ghanaians called to inform me about this same matter as they had spend the night in the vehicle of their friend who’s a Chinese. He was kind enough to provide shelter for them in his car because he couldn’t host them in his home. We don’t know where to turn to or lay our heads. We’ve become outcast overnight. Life is really becoming difficult. You can’t enter any shop neither can you patronize any social service just because you’re a foreigner,” she told host Kweku Owusu Adjei.

Mainland China had 13 new confirmed cases of coronavirus infections on Tuesday, the country’s National Health Commission said, down from 21 cases a day earlier. Of the new cases, 12 involved infected travellers arriving from abroad.

In contrast to the current wave of imported cases, mainland China had only one case of locally transmitted infection on Tuesday, in Wuhan, capital of Central Hubei province where the flu-like disease surfaced in humans late last year. The capital Beijing accounted for three of the imported new cases, down from nine a day earlier. Shanghai had three new cases, unchanged from the day before.

Imported cases in southern Guangdong province rose to five from three, due to people arriving from Thailand, Britain and the Netherlands. One infection emerged in Sichuan in southwest China.

The death toll from the outbreak in mainland China had reached 3,237 as of the end of Tuesday, up by 11 from the previous day. In Hubei, the epicentre of the outbreak in China, there were 11 new deaths, with Wuhan accounting for 10 of the fatalities.