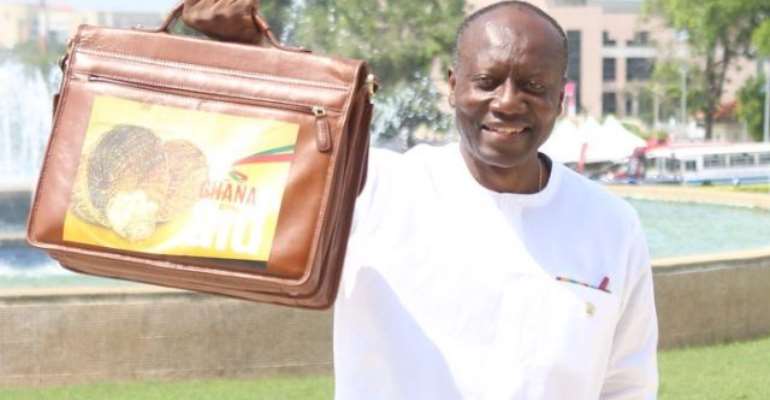 The facility, if approved, will be provided by the World Bank Group as part of the $100 million the government is seeking from the group to bolster the country’s preparedness and response against the spread of the disease.

The agreement was laid on behalf of the Finance Minister by a Deputy Minister of Finance, Mrs Abena Osei-Asare.

After she had laid the agreement, which is with the International Development Association (IDA) of the World Bank, the Speaker of Parliament, Professor Aaron Mike Oquaye, referred it to the Finance Committee for consideration and report.

State broadcast
On March 11, this year, the President, in a state broadcast, announced the release of $100 million (about GH¢553 million) to enhance the country’s preparedness and response plan towards the prevention of the COVID-19.

He said with the declaration of the COVID-19 as a pandemic by the global health body, the World Health Organisation (WHO), Ghana must step up its preparedness against the disease.

The preparedness, he indicated, was to enable Ghana to move steps beyond the initial measures that had been put in place, so that a “whole of Ghana approach” was adopted in preparation for any outbreak within the country’s borders.

Impact of COVID-19
When the Minister of Finance appeared before Parliament on March 17, 2020, he told the House that even though the outbreak was still unfolding, preliminary analysis undertaken by his ministry showed that the disease would impact negatively on petroleum receipts due to the collapse of international crude oil prices, customs receipts, expenditures, especially health-related, and financing conditions on the fiscal front.

He indicated that measures were being put in place to close a possible financing gap in the 2020 budget that could result from the impact of the disease, including withdrawal from the Ghana Stabilisation Fund, occasioned by an anticipated shortfall in annual budget funding amount (ABFA).

Seeking international assistance
Mr Ofori-Atta disclosed that the government was currently in discussions with the World Bank to tap into a $12-billion World Bank Group fast-track COVID-19 facility to help close the financing gap.

“In addition, we are discussing with the International Monetary Fund to access part of a $10-billion facility made available by the fund to address the coronavirus through Rapid Credit Facility.

“We are also discussing with other multilateral and bilateral partners on potential assistance to close the financing gap,” he said.