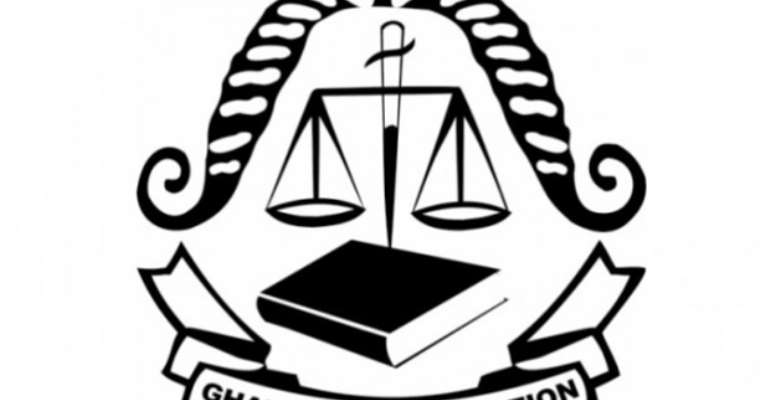 The Ghana Bar Association (GBA) has entreated lawyers to abide by the rules put in place to ensure that their work is not hindered by the imposition of the partial lockdown of Accra and some major cities in the country.

President Akufo-Addo imposed the restrictions on Friday, and they took effect on Monday, March 30.

The restrictions are to limit the spread of Covid-19 pandemic.

A notice signed by Yaw Acheampong Boafo, GBA General Secretary is urging lawyers to also adhere to the Chief Justice (CJ's) March 16 as well as March 20 directives aimed at reducing the risk of spreading the virus at the courts.

The CJ, Justice Kwasi Anim Yeboah, on March 16 issued a directive asking that all cases involving accused persons who are in custody should be conducted without them.

It ordered a stop in the movement of accused persons between prison and court for hearing to curtail the spread.

The new directive included the courts sitting with just lawyers from both sides as lawyers are encouraged to do their cases without their clients present in the courtroom.

The courts have also been advised to take long adjournments which could last up to the end of July 2020 subject to the agreement of lawyers in the cases and the court.

President Nana Akufo-Addo has imposed a partial lockdown on Accra, Kumasi, Kasoa and some parts of the country as part of measures to reduce the spread of the deadly virus.

Some institutions were exempt from the lockdown but have been asked to put in place measures to reduce human contacts which is the major source of the spread.

The Judiciary has been exempt from the lockdown but only critical cases are to be attended to in courts.

“Members of the Bar are also to take notice of the directives issued by the Minister of Information at the Press Briefing on 29th March 2020, to the effect that only critical court work is exempt”, the statement said.

It added that “As proof of their identity, Members of the Association must produce the GBA's biometric identification card.”