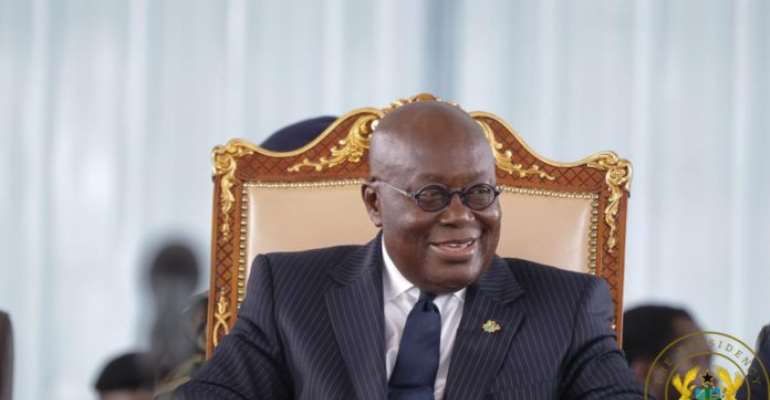 The President, Nana Addo Dankwa Akufo-Addo in an address to the nation on Friday, 27TH March 2020 announced lockdown of Accra, Tema, Kumasi and Kasoa for a period of two weeks subject to review, effective Monday, March 30, 2020 in a bid to halt the spread of the contagious coronavirus pandemic as the world battles to contain the deadly virus.

It is good to note that, it is always essential to protect lives than safeguarding affluence. The president corroborated same in his address as he famously stated, “we know what to do to bring back our economy back to life. What we do not know how to do is to bring people back to life”. Life once lost can never be replenished.

In his address imposing the restriction to the four cities which according to him have been identified by the Ghana Health Service (GHS) as the ‘hotspots’ of the infections, the president emphasised, we are in this together, and government will stand by you. We are aware that there will be discomfort and difficulties for all of us over the next couple of weeks.

With our nation struggling with health care delivery as we have serious infrastructural deficit of crucial health care logistics, demoralised human resource and budgetary constraints, we can never as a people sacrifice our lives with ‘opulence’ as some opposing the measures seems to suggest.

History would rather depict the president as taking the very best situational decision for the country as far as precious lives are concerned.

We cannot simply wait as patriotic citizens for our health systems to be overwhelmed before the president do the needful of quarantining the nation to save irreplaceable lives.

One of those people opposing the president’s stance is Alhaji Irbard Ibrahim of Irbard Security Consult who egregiously suggested that, such a hard handed approach would land the president in opposition.

As history points out in the Communist China’s autocratic absolute approach as against Italy’s initial ‘democratic’ lackadaisical vague response, ensuing events however would vindicate the presidents and prove him as taking the best decision in the fight against the dreadful virus.

China’s initial decision to quarantine Wuhan and some dozen cities in the Hubei Province of about 50 million residents was sharply criticised by most of the western media especially The New York Times and The Washington Post and some public health experts.

University of Michigan medical historian Howard Markel posited “I could never have imagined it. It is nearly impossible to enforce”.

“The first and golden rule of public health is you have to gain the trust of the population, and this is likely to drive the epidemic underground,” said Lawrence O. Gostin, a professor of global health law at Georgetown University, stating again “The truth is those kinds of lockdowns are very rare and never effective. They’re doing it because people who are in political leadership always think that if you do something dramatic and visible that you’ll gain popular support, they couldn’t have any sound public health advice.”

China’s success story of taking such harsh approach mitigated the virus spread and later events proved all of them wrong.

In contrast, Italy which is Europe’s worse hit country which recorded its first case of the novel coronavirus pandemic in somewhere mid-February now infamously topped the covid-19 fatality table as the country recorded 919 new coronavirus deaths in 24-hours on 27th March, its highest daily figure in the outbreak so far culminating in 9,134 deaths with 86,500 confirmed cases as against China which has recorded 81,340 cases so far with 3,292 deaths.

Earlier on, the World Health Organization chief – Dr Tedros Adhanom Ghebreyesus said a “chronic global shortage” of protective equipment was one of the “most urgent threats” to the ability to save lives.

As CNN reported on 24th March 2020, an ice rink in Madrid has been turned into a temporary mortuary as Spain – the Europe’s second worse hit country after Italy tries to cope with the fallout from its rapidly spreading coronavirus outbreak. Bodies of people who have died of Covid-19 are now being transported by the country’s emergency military unit to the Palacio de Hielo, or Ice Palace, in Madrid’s Hortaleza neighbourhood, the Madrid regional president’s office stated.

Elsewhere in Iran in the Middle East, the coronavirus outbreak has paralysed their whole health system as doctors are now having to kit out temporary field hospitals. One intensive care doctor described to BBC, how her local football stadium was being equipped with beds to handle the overflow of patients.

The president’s announcement means that everyone resident in the affected areas must stay at home for the next two weeks. However, if you must go out, it must only be to get essential items such as food, medicine, water, undertake banking transactions, or to use public toilet facilities. But, as much as possible, he advised residents to stay at home.