COVID-19: Buhari Should Pay Every Nigerian N200,000 As Palliative - Adelaja

...Tells State governors to pay double salaries to civil servants, give N50,000 to each resident
By Adeoye Adelaja 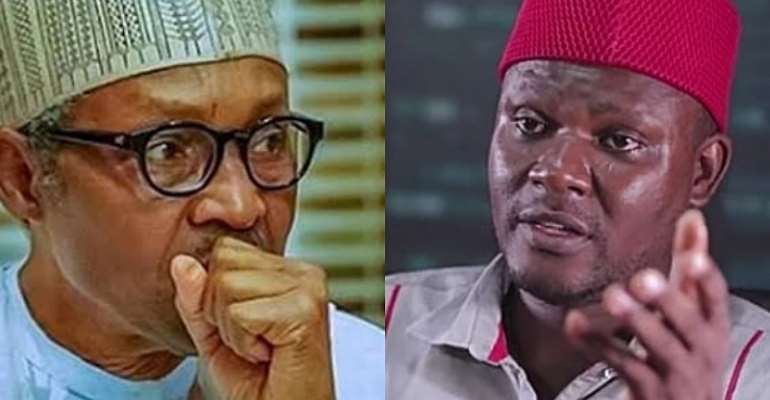 A popular young politician has asked President Muhammadu Buhari, to pay every Nigerian a sum of N200,000 as stimulus package due to the ravaging scourge, COVID19.

Adelaja Adeoye, the National Publicity Secretary of the Action Democratic Party (ADP), made this call in Lagos on Thursday morning, while having a chat with some newsmen.

According to him, it is necessary for the government to provide some palliatives, to support individuals and families who may no longer work during the stay at home order, over the fear of Corona Virus.

He made a further call to all the State governors that, they should pay double salaries to their State work force, and pay indigenes a sum of N50,000 each.

To make the process seamless and transparent, the government can partner with banks to achieve this, since over 40 million Nigerian citizens have been connected through Bank Verification Number (BVN).

Whatever that is due to each Nigerians, can be paid directly into their accounts.

The issue of data base is gradually being sorted by the National Identification Management Corporation (NIMC), so, the payment process should not be delayed.

Both Federal and State government can agree to make some deductions from the FAAC and JAC, for March and April, and disburse to every citizen from the age of 18 years, to support them.

The call is not strange according to Adelaja, because similar stimulus package is being offered to Americans by President Donald Trump, who has earnmarked Two Trillion dollars ($2tr), to be shared amongst all American citizens.

Canadian Prime Minister, Justin Trudeau, has also announced a stimulus package of $2,000 each for those who have lost their jobs over corona virus, and this will be paid to them for the next four months. Offers are also being made to other Canadians while they are at home pending when the scourge will be defeated.

Nigerian government must learn to treat citizens like humans, and provide them with supports during this trying period.

I would have asked the goverment to supply each and every homes with food items on a weekly basis, like it is being done in United Arab Emirates (UAE), but this cannot work in Nigeria, as majority of those items will end up missing in transit, apart from the fact that we cannot handle such for over 180 million people. The best is to do a direct transfer to them so that they can use the money to buy food, drugs, and other items that will help them to stay alive and be comfortable, Adelaja noted.

Adelaja stated further that the government should put efforts in place to reduce the tension and fear that has been created as a result of the Corona Virus, that if care is not taken, the fear will have severe psychological effect on the people even after the scourge would have been defeated.

He noted further that, all the donations of anti #COVID19 materials, donated by corporate organizations like Access Bank, GTB, multinational, private individual like Alibaba CEO, Jack Ma, Folorunsho Alakija, Atiku Abubakar, Pastor Paul Enechie, Adeboye, and others must be strictly be monitored and should not be diverted by some corrupt individuals.

They must be used for the purpose they are meant for, Adelaja concluded.