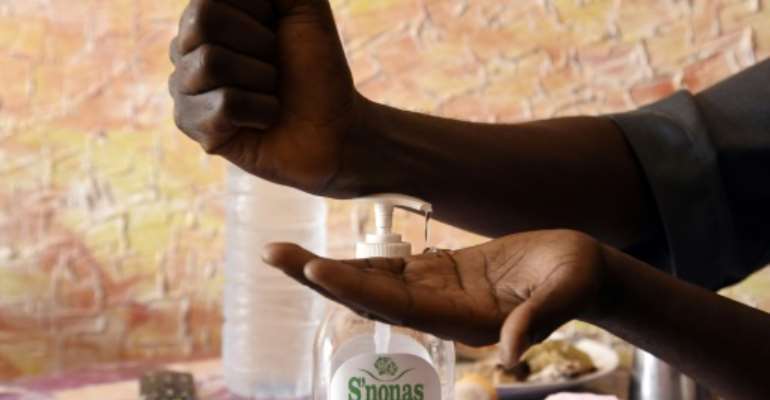 It's an 'existential threat' to struggling African countries. By Seyllou (AFP)

African states have ordered curfews and lockdowns in response to the growing coronavirus epidemic, raising fears of turmoil for low-income workers and cash-strapped governments across the continent.

Cases and deaths have risen across Africa over the past week, prompting countries to enact strict counter measures.

South Africa, the continent's most developed economy -- which at 554 cases has Africa's largest outbreak -- on Monday announced a nationwide lockdown.

"Without decisive action, the number of people infected will rapidly increase... to hundreds of thousands," South African President Cyril Ramaphosa said at the time.

There are fears that weak health infrastructure in Africa will leave the continent particularly exposed to an outbreak on the scale of virus-stricken Europe.

Other countries are following suit with similar measures. More are expected to be announced in the coming days.

On Monday, Senegal and Ivory Coast both declared states of emergency and ordered night-time curfews.

Ivory Coast will also lock areas down progressively, the government said, depending on how the virus spreads.

In a sign of coronavirus' increasing reach, Ivory Coast's Prime Minister Amadou Gon Coulibaly said on Twitter on Tuesday that he was in a self-isolation after coming into contact with a positive case. 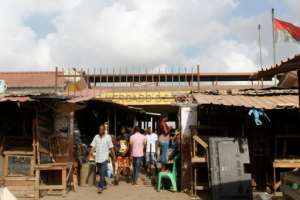 Africans fear that they'll die of hunger before the virus gets them. By Sofia Christensen (AFP)

As the virus spreads, there are also fears that poor and debt-saddled countries will unable to provide an adequate response.

Ethiopian Prime Minister Abiy Ahmed on Tuesday asked G20 leaders for $150 billion in emergency funding to deal with coronavirus, saying that it "poses an existential threat" to the economies of African countries.

He added that creditors should partly write off national debt for low-income countries.

Adopting lockdowns and social distancing measures in poor African nations is generating economic worries at the local level too.

Homes are often overcrowded, and precarious workers in the informal economy cannot self-isolate at home without abandoning their livelihoods.

Matshidiso Moeti, the World Health Organisation's regional director for Africa, admitted these difficulties in a briefing with reporters last week.

She said such measures were "quite a challenge" and that the WHO is working on other approaches such as making hand sanitisers more widely available.

"They're closing down the stalls, the restaurants, but how are we supposed to feed our families?" asked Nemy Fery, who runs a street-food stall in Abidjan, Ivory Coast's most populous city.

He added that he would try selling take-aways -- and look for another job.

Concerns are similar in Muslim-majority Senegal, where authorities were already struggling to enforce a ban on praying in mosques last week.

Sabah Amar, who works at the counter of a souvenir shop, said that Senegalese people "will die of hunger" before succumbing to coronavirus, referring to economic worries.

Several people interviewed by AFP in Dakar nonetheless said that they supported the government-announced coronavirus measures.

"I prefer that everything closes. We're not selling anything anyway," said Amar. "Otherwise we're all going to die."

In the north of the continent, Egyptian Prime Minister Mostafa Madbouli on Tuesday also announced a two-week night-time curfew.

And in the east, cases have doubled in Rwanda, to 36, while South Sudan has closed its air and land borders, except for food and fuel supplies.

The death toll is increasing across Africa too as confirmed cases grow.

The archipelago nation of Cape Verde announced its first coronavirus fatality in a 62-year-old British tourist on Tuesday, according to Health Minister Arlindo do Rosario.

Countries that have announced strict containment measures are turning towards the army to enforce them.

Military patrols in Senegal will ensure people are respecting the dusk-to-dawn curfew, for example.

Nombulelo Tyokolo, 41, a domestic worker in Cape Town, who shares a one-bedroom shack with her son, told AFP she was worried about how the lockdown would work.

"I am scared, worried and panicking for 21 days indoors," she said.

"We have to fetch water outside and go outside for toilets. God have mercy."