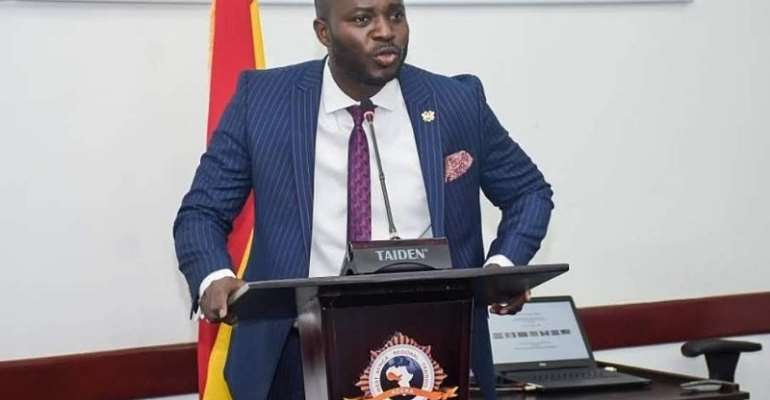 The total number of persons currently under mandatory quarantine is at 1,030.

These persons were quarantined after arriving at the Kotoka International Airport hours before the deadline for the closure of the country's borders.

This was revealed by the Chief Legal Advisor at the National Security Council Secretariat, Osei Bonsu Dickson on Tuesday, March 24, 2020, at a Meet the Press session.

Mr. Dickson also indicated that a special operation dubbed COVID Safety was launched, following the President’s announcement of some measures to contain the spread of the disease.

“Not too long ago, the President made some decisions clear. Pursuant to those directives, the Ministry of National Security, National Security Council Secretariat and also the Ghana Health Service put together a team that has been putting into motion, the code name operation COVID Safety and so pursuant to putting across such an operation a number of issues have come up,” said Mr. Dickson.

Mr. Dickson pointed out that given the strain associated with being under quarantine, some psychologists had also been deployed to speak to those under quarantine to ease their stress.

“Quarantining imposes a lot of strain and a lot of psychological issues on those being quarantined. That is a fact to be reckoned with. There is a literal inclination to be anxious and show irritation and so in pursuance of that we have also deployed psychologists to speak to them.”

Coronavirus cases in Ghana jump to 52

Meanwhile, the government has confirmed 25 new cases of Coronavirus in the country.

This brings to total, 52, the number of cases confirmed in the country with two deaths recorded.

The 25 new cases were confirmed among the 1,030 people who are under mandatory quarantine in the country after arriving at the Kotoka International Airport hours to the deadline for the closure of the country's borders.

The Minister of Health, Kweku Agyeman-Manu who made the announcement on Tuesday, March 24, 2020, said other persons in mandatory quarantine are yet to be tested.

“Out of the 185 test results received, we have 25 of those quarantined tested positive. If we add on to the earlier number of 27, it means we have 52 people testing positive in our country at the moment,” the Minister said.

He said the 25 new patients have been handed over to the case management team and are being sent to various isolation centres for treatment.