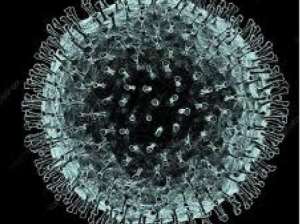 If you haven't watched the 'Game of Thrones', and you intend to do so, sorry for the spoiler.

The ending seasons of the HBO Game of Thrones centres around a meeting between the two opposing factions in the show, who have to decide whether to continue their feud or unite to defeat an even greater enemy: the army of the dead led by the fearsome Night King and his White Walkers. Jon Snow, Daenerys Targaryen and the collected forces at Winterfell were on the verge of a great battle.

In Ghana, however, the army of the living including the NPP, NDC, some 'one-man churches' leadership etc have divided in fighting the deadly coronavirus.

I've been paying a lot of attention to politics, and I have to say, I'm not exactly seeing parties making an effort to unify in the face of this pandemic. We should reasonably conclude that if the 'civilised' countries with all their health delivery advancement couldn't stop the virus united, then our ordinary '2 by 3' hospitals in Ghana would be little more than zombie to fight the virus divided.

The leaders of the country should set politics aside and be one in calming the nation in the face of this virus threat instead of making demands that define politics.

Please can we take the politics out of this? Can we see cross-party decision making and a united front on the way forward?

‘The imposition of Restrictions Bill [by Akuffo Addo and his government] bears all the hallmarks of authoritarian rule. The Bill has little to do with the fight against the coronavirus. The Bill is from the playbook of ‘wannabe’ despots who capitalize on emergencies to muzzle dissent and suppress opposition in order to consolidate their hold on power ‘ --NDC 2020

In as much as a statement like the one above appears so beautiful to anyone who wears that party political badge, it does not take away the people's fear of the pandemic. It’s so annoying that people are making this virus political. COVID-19 is way more than politics and blaming people for this happening. PEOPLE ARE DYING. Let's get our heads out of our 'asses' and realize it’s more than anyone personal opinions and hurt feelings. Let us see the bigger picture!

Instead of everyone to do as the Public Health Institute and the government will say within the confine of the law, these directives, however, are politicised and trivialised by political parties and some 'one-man churches' leaders. Restriction directive has been criticised by a political party as a tool to rig elections. The closure of churches have been criticised by some church leaders as a spit at the face of God. The risk is that it will be a political issue and the sitting government will eventually succumb to the demands of the people and the opposition. It would be bad immediately.

Sometimes a man has to make hard choices, choices that might look wrong to others.

We have deliberately refused to see cross-party decision making and a united front. The continued insane politicisation is going to get us all killed.

On this moment of fear and panic, we are thankful for leaders and people who hold our best interests in their hearts. Who are working tirelessly and making the hard choices to keep us safe? Who speaks the truth. Who have put politics aside? Who love Ghana more than themselves and their political parties. If you are playing politics in this COVID-19 pandemic, selling facemasks, gloves and sanitizers above the normal price, downplaying/bad-mouthing the efforts of responsible public servants in making our communities safe, find your garment of empathy and put it on! This is a life or death situation, where co-operation is a must.

Whiles the believers can probably assume that living will win in the end, in the world of coronavirus the fate of humanity hangs in the balance. As a country, we may face certain doom divided or face probable doom if the fight is left to the incumbent alone. H.E Nana Akuffo Addo, the president of Ghana, a leader though he is, possesses no magic weapon to save the country. His opponent, H.E the former President John Mahama, on the other hand, might have bright ideas for the pandemic (both have proven vulnerable even in managing economy how much more a deadly virus.)

So the offer on the table is to live united or die divided. Life is such that no one gets out here alive. It's life or die united, or die divided. One is certainly more honourable than the other.

The writer is a Teaching and Research Assistant at the Department of Accounting and Finance, KNUST School of Business.