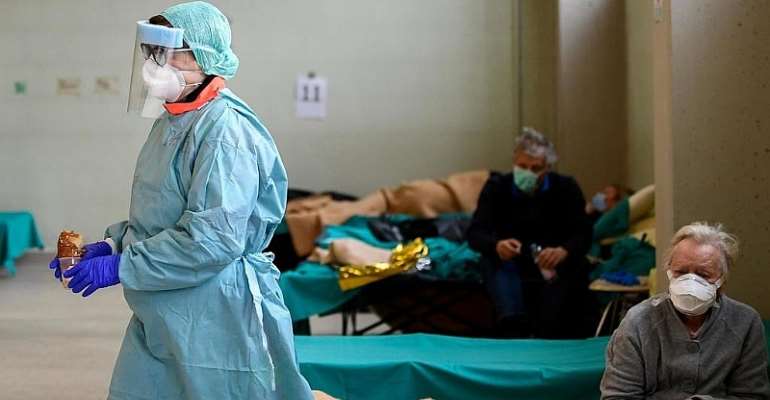 Italy has recorded 627 new coronavirus deaths, the world's highest single-day toll since the coronavirus outbreak began, as its total deaths passed 4,000. Restrictions tightened in the UK on Friday as Prime Minster Boris Johnson ordered pubs, restaurants and theatres to close.

The Mediterranean country's daily rate of fatalities is now higher than that officially reported by China at the peak of its outbreak around Wuhan's Hubei province.

But Matteo Bassetti of Italy's prestigious San Martino clinic in Genoa said the government probably had no idea how many people really had the new disease.

"There are so many people walking around who have the virus and who are at risk of infecting others," Bassetti told Italy's AGI news agency.

Italy is rapidly notching up one grim record after the next as it becomes the new global epicentre of Covid-19.

In less than four weeks, it has recorded more deaths than China officially registered since reporting its first infection to the World Health Organization in late December.

UK begins closing down
Prime Minister Boris Johnson effectively shut down the United Kingdom on Friday, ordering pubs, restaurants, theatres, cinemas and gyms to shut their doors in a bid to slow down the accelerating spread of the coronavirus.

Johnson said he understood just how wrenching it was to take away the ancient rights of the British people but that it was absolutely essential to slow the spread of Covid-19.

“I do accept that what we're doing is extraordinary: we're taking away the ancient, inalienable right of free-born people of the United Kingdom to go to the pub, and I can understand how people feel about that,” Johnson said. “It's a huge wrench.”

The United Kingdom so far has 3,983 confirmed cases of coronavirus, after 66,976 people were tested, though the government's scientists say it is raging across London, partly as some people are not obeying government advice to isolate.

At total of 177 people with the virus have died so far across the country.

Latest Photo Reports
Catch up with all the political quotes from our politicians.
Advertise here
More Europe
ModernGhana Links
Bataclan survivor's testimony highlights importance of post-PTSD care
UN biodiversity talks in China end in funding pledges to reduce loss of species
Greece and US expand defence pact as tensions mount between Turkey and Europe
France pays tribute to teacher Samuel Paty on first anniversary of his death
A day of disruption, sadness and rage as Bataclan survivors continue to testify
What's the point of jewels at PSG if the young king Kylian goes to Madrid?
No quick fix for Paris's growing crack cocaine problem
There’s Music in the Kitchen: el Son Cubano
Danilo and Mbappé save PSG's blushes against Angers
TOP STORIES