Mali fears it is woefully unprepared for coronavirus 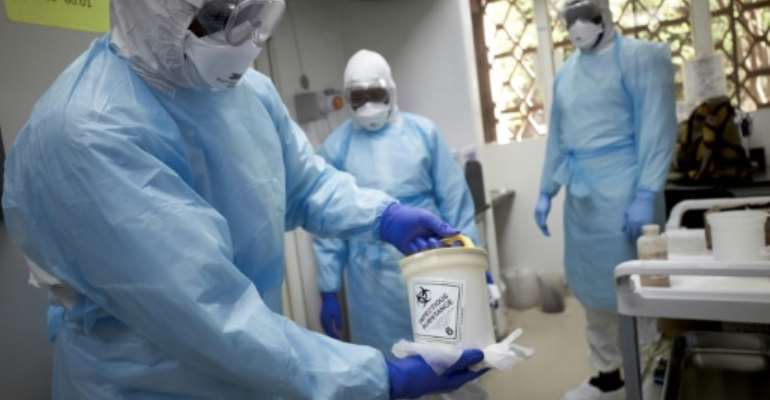 Mali health authorities are bracing for an onslaught of patients with few resources to accommodate them. By MICHELE CATTANI (AFP)

At a seven-bed isolation centre in Mali's capital Bamako, medical staff are scrambling to prepare for an outbreak of the new coronavirus.

There, they have the West African country's only respirator.

Although no cases have yet been declared in the war-torn country, health authorities are bracing for an onslaught of patients with few resources to accommodate them.

A total of some 20 isolated beds are available in Mali, out of reach to entire regions due to jihadist violence and inter-community conflicts.

"We are preparing for the worst," conceded Prime Minister Boubou Cisse on Thursday. "The means we have do not allow us to be behind every Malian."

The World Health Organization has called on the African continent to "wake up", after the first death in sub-Saharan Africa from the pandemic was announced on Wednesday in Burkina Faso, which borders Mali.

Millions of people could die from the new coronavirus, particularly in poor countries, if it is allowed to spread unchecked, UN Secretary-General Antonio Guterres warned on Thursday, appealing for a coordinated global response.

"Global solidarity is not only a moral imperative, it is in everyone's interests," he said.

In Bamako, Dr Ilo Bella Diall said he did what he could to prepare as soon as the epidemic began to spread outside China. The director of Point G University Hospital had unused hospital buildings converted for isolating COVID-19 patients.

"We are preparing for all possible scenarios," he said.

But according to the Ministry of Health, Mali has only 600 litres of hydro-alcoholic gel despite a need for 500,000 litres, and 59 medical infrared thermometers, well short of the 20,000 needed. The country has only 2,000 test kits and no suitable thermal cameras to detect fevers.

This vast country in the Sahel has already been grappling with a war for eight years: first against independence movements in 2012, then against a jihadist insurgency that has spread from northern Mali to its centre, as well as to Niger and Burkina Faso on its southern border.

The fighting has caused thousands of civilian and military deaths. On Thursday, the army said around 30 Malian soldiers were killed and five more injured in a suspected jihadist attack.

"Today, added to our classic challenges is that of succeeding in the war against the coronavirus," President Ibrahim Boubacar Keita said on Tuesday at a Defence Council meeting. 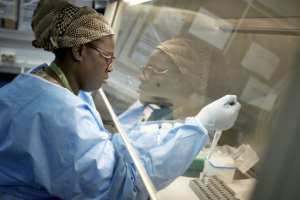 In buses and taxis, customers still huddle together. It is only in the upper echelons of power that people greet each other with an elbow.

"We have to communicate so that Malians become aware of the magnitude of the pandemic," said Seydou Doumbia, dean of the medical school in Bamako where 143 tests of the virus -- all negative -- have been carried out.

The option of confinement has so far been ruled out in a country whose economy is heavily dependent on the informal sector, with the majority of the population earning a meagre day-to-day living.

The government has, however, suspended flights from affected countries and closed schools in a bid to prevent the spread of the virus.

At the University of Sciences, Techniques and Technologies of Bamako, Doumbia runs Mali's only laboratory meeting the required biosafety standards to study the new disease.

In the confined enclaves of the laboratory, built and maintained with American funding, 13 researchers tirelessly analyse samples.

"Yesterday, we finished at midnight. Imagine when we get the first case," says one researcher, Amadou Kone. Three other laboratories, on a lower level, are planned to supplement this one if necessary.

"Our health systems are not ready," acknowledged the minister of health, Michel Sidibe, former head of UNAIDS.

Mali, ranked 184th out of 189 on the UN Human Development Index, has made a plea to its financial partners to release funds. Some $30-35 million will be given or lent to Bamako to fight against the virus in "the days and weeks to come," according to the government.

At Point G University Hospital, the money will be most welcome.

"If we have the means, we'll be able to start work very quickly and increase our reception capacity," says a hospital official.