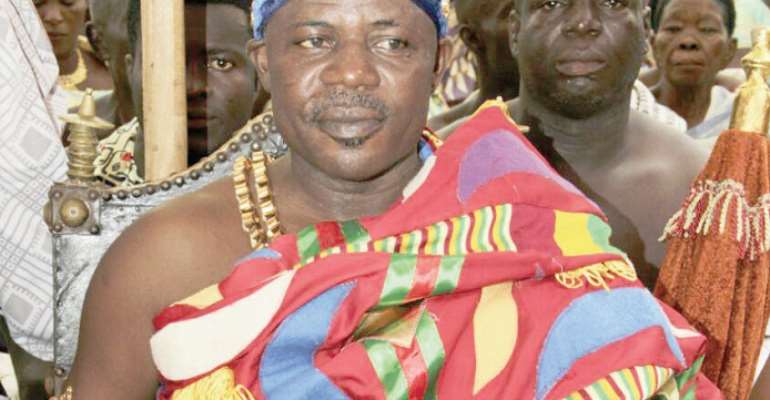 The Paramount Chief of Ejura in the Ashanti region, Barimah Osei Hwedie II, Barima Osei Hwedie II, has bought two-hour radio airtime for the Muslims communities within his jurisdiction.

The Muslims prayers will be aired live on every Friday afternoon prayers (Juma) session and will be led by three Chief Imams in the area as they pray in their various homes.

On Sunday, the President placed an embargo on all public gatherings including funerals, festivals and church activities as part of measures to stop the spread of novel coronavirus across in the country.

“All public gatherings including conferences, workshops, funerals, festivals, political rallies, sporting events and religious activities, such as services in churches and mosques, have been suspended for the next four (4) weeks. Private burials are permitted, but with limited numbers, not exceeding twenty-five (25) in attendance,” he said.

The National Chief Imam, Sheikh Usman Nuhu Sharubutu on Monday called on Muslims to strictly adhere to the directive by the government to suspend all religious gatherings as part of efforts to control the spread of the 2019 Coronavirus (COVID-19).

It was also in consonance with a statement issued by the National Chief Imam, His Eminence Sheikh Prof. OsmanNuhu Sharabutu, suspending Juma prayers Muslims following a directive by President Nana Akufo Addo.

“As paramount chief of the area, my people’s welfare is of paramount concern to me. The pandemic CONVID19 is a serious issue, must be tackled with all the seriousness without taking things for granted. In order not to spread the disease, we must adhere to the president’s and Chief Imam’s directives to stop the spread of the disease,” he said.

On Sunday, March 15, 2020, the President placed an embargo on all public gatherings including funerals, festivals and church activities as part of measures to stop the spread of novel coronavirus across in the country.