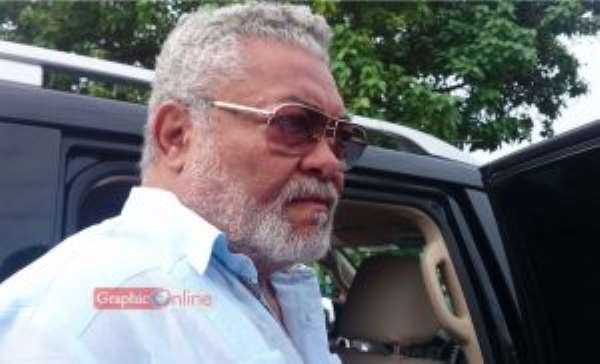 I personally don’t think that attempting to seriously reason with the National Democratic Congress’ Parliamentary Minority that boycotted President Addo Dankwa Akufo-Addo’s Fourth State of the Nation Address (SONA-4), recently, serves any good or productive purpose. The fact of the matter is that absolutely no NDC-sponsored government has created for Ghanaian citizens the kind of civilized democratic milieu progressively and constructively nurtured by Nana Akufo-Addo. Under the 20-year tenure of Chairman Jerry John Rawlings, both as a junta leader and an elected President, the founding-father of the National Democratic Congress (NDC) created what became globally and infamously known as the veritable “Culture of Silence.” That is what “tyranny” is about, that is, when citizens cannot freely and creatively speak their minds. This is the riposte that Mr. Kofi Bentil, the Senior Vice-President of the Franklin Cudjoe-founded and headed IMANI-Africa policy research institute, ought to have given the Haruna Iddrisu Gang, whose criminally minded members appear to think and believe that Ghana is their personal and private property (See “It’s Wrong to Use Words Like Tyranny in Our Democracy – Kofi Bentil to Minority” Ghanaweb.com 2/22/20).

Under Chairman Rawlings, the NDC’s unprecedented reign-of-terror was rigidly enforced by the establishment of the 64th Infantry Battalion, headed by the Cuban-trained Rawlings clansman Lt.-Col. Larry Gbevlo-Lartey. So, it is inexcusably absurd for social and moral reprobates and political scam-artists like Messrs. Haruna Iddrisu and Samuel Okudzeto-Ablakwa to cavalierly presume to insult the intelligence of Ghanaian citizens by pretending that NDC-operated governments have offered Ghanaians a better quality of life and/or democratic governance than the operatives of the ruling New Patriotic Party (NPP). Even under the tenure of the most urbane of their leaders, namely, President John Evans Atta-Mills, late, the leaders of the National Democratic Congress scandalously demonstrated that they had absolutely no respect for the rule of law and order. A striking case in point was when Messrs. Edward Omane-Boamah and Okudzeto-Ablakwa rudely defied the Wood Supreme Court’s decision in the matter of Jake Otanka Obetsebi-Lamptey vs. Okudzeto-Ablakwa and Omane-Boamah, involving the perfectly legitimate acquisition of state-owned property by the extant National Chairman of the New Patriotic Party.

That is what real tyranny is about, and not the fact of whether the NDC’s Parliamentary Minority believes that the Akufo-Addo Administration has deliberately refused to release money due to the District Assemblies in a timely fashion. Indeed, unlike previous National Democratic Congress’ administrations, the Akufo-Addo-led government of the New Patriotic Party has never undertaken or implemented any policy initiative that was not staunchly backed by either parliamentary or judicial approval, including the recent all-too-savvy decision by the inimitably expert and progressive and visionary administrators of the Independent Electoral Commission.

On the question of the timely release of money into the District Assemblies’ Common Fund, in order to boost the electioneering campaign agenda of the members of the NDC’s Parliamentary Minority, this is a scandalously absurd proposition, since in massively boycotting last December 17th’s Referendum to more pragmatically and rationally democratize District Assembly Representation along political party lines, the mischief-making leaders of the National Democratic Congress told Ghanaians and the rest of the world that the District Assemblies would be better off being left alone to continue to operate devoid of any partisan colors or affiliations. So why are the Haruna Iddrisu Gang members worried silly and uptight about the delayed release of the District Assemblies’ Common Fund? Just who are these political reprobates and fraudsters trying to fool or deceive?

As well, it is scandalously preposterous for the leaders of the NDC to attempt to mischievously reap where they have not sown, as to arrogantly and facilely presume to instruct President Akufo-Addo on how to implement the findings and recommendations of the blue-ribbon Short Commission Report on the Ayawaso-West Wuogon byelection hostilities between operatives of the country’s two main political parties, namely, the ruling New Patriotic Party and the National Democratic Congress.

Indeed, as we have always maintained and continue to still maintain, the leaders of the NDC, who never established any commissions of inquiry to investigate byelection violence, such as Talensi, Akwatia, Kwabeng and Wassa-Amenfi, have absolutely no moral authority to instruct Nana Akufo-Addo on what and how to implement the findings and recommendations of the Short Commission on terms imperiously dictated by leaders who never accepted or validated the noun “justice” as being integral to their modus operandi.