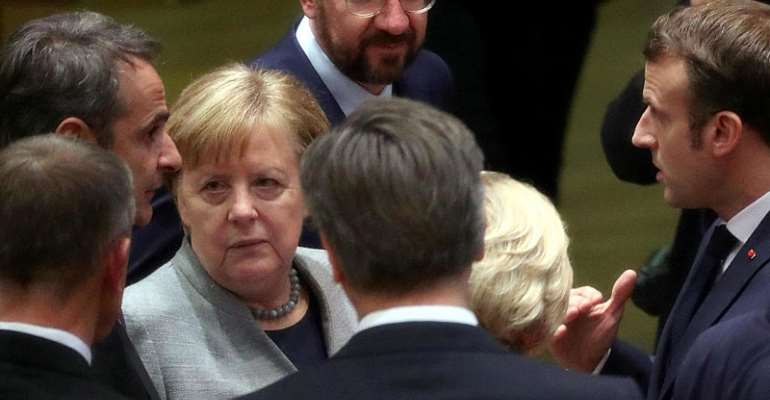 The European Commission on Monday warned member states against the temptation of closing their borders to stave off the coronavirus pandemic, after Germany became the latest country to impose restrictions in the Schenghen zone, despite calls from EU chiefs for a common approach.

Closing Europe's borders is not the way to slow down the coronavirus, the European Commission insisted Monday at a time when EU countries are tempted to do just that.

"All border closures must be coordinated in order to prevent the health situation in the EU from getting worse," said Commission chief Ursula von der Leyen.

The temptation however, was too much for Poland, Denmark and the Czech Republic, who on Friday, broke with EU pleas for a united response, closing off their borders to foreigners.

And on Monday, Germany became the latest country to join the list, closing five of its seven borders, with the exception of goods and commuters.

The gesture, symbolic, is likely to renew doubts about EU solidarity.

'Alarming situation'
For many Germans, the border restrictions call into question Europe's principle of free movement. Even at the height of the country's refugee crisis in 2015, the government still kept its doors open, letting in thousands of asylum seekers, without restrictions.

"But this time, the situation is alarming," says German interior minister Horst Seehofer, who justified the move.

The mounting cases of the coronavirus worldwide, with Europe now at the epicenter, has left EU countries split.

Macron, who is due to address the nation on Monday night, urged the EU to better coordinate measures at the internal and external borders to protect peoples' health.

Border controls "will be finalised in the coming hours," he said all the while denouncing the "unilateral" decisions taken by certain countries to impose restrictions, without naming which ones.

Urgent decisions
Hungary on Monday also announced that it too, was closing its borders.

This notwithstanding, Macron tweeted "we are working between Europeans," predicting there would be urgent "demanding decisions" to come.

Meanwhile, global markets continued to tumble despite central banks around the world announcing a coordinated effort to ease the effects of the coronavirus.

The disease is also disrupting travel, with several airlines suspending their flights and urging workers to take unpaid leave.

In Germany, authorities have discouraged citizens from traveling in general, urging them to abstain from leaving the country at this moment; while France will progressively reduce long-distance train, bus and plane travel on its territory over the coming days.

G7 leaders were due to hold talks via video conference later on Monday, followed by a crisis meeting for EU leaders on Tuesday, with the economic fallout of the virus topping the agenda.

In the meantime, the public across Europe are holding their breath, waiting for guidance from their respective governments, even as these leaders struggle to find consensus.