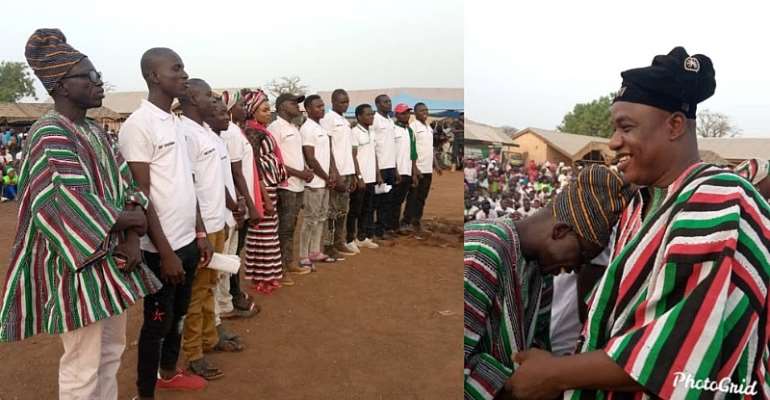 Before the occasion, the Karaga legislator visited communities such as Komoa Yili, Fati lan Yili and Kuduli, where he inducted a defector of the ruling NPP, one Alhassan Muhammad who is an NPP polling station executive in the Kuduli electoral area into NDC.

Answering questions as to what informed his decision to leave the governing NPP to join the opposition NDC, the former NPP polling station executive said he was motivated by the works of the MP in the area.

At the launch of the association, the MP told the gathering that the Karaga NPP is not the people they knew some years back, adding, the love for money has changed most of them.

“If you look at the Karaga NPP. They are categorized into two (2) groups. The first group are the indigenes who actually want the betterment of the constituency. And the second group are the “Anta wabri” – the opportunists, who are only interested in getting money from strangers to satisfy their parochial interests”, he said.

He continued, “The funny thing is, he Amin(Anta) an NPP candidate cannot win the Karaga seat.”

He used the platform to remind the deputy Energy Minister who is an NPP parliamentary candidate in the constituency that some of the electricity projects he claims to have brought existed in the constituency long before he came to represent the NPP.

Speaking to the media after the swearing-in, secretary of the group, Abukari Yahaya Sadik disclosed that they were getting ready to work in order to consolidate the gains of the NDC MP.

Guest speaker for the event was northern regional secretary of the NDC, Mohammed Abdul Salam, accompanied by some top regional executives