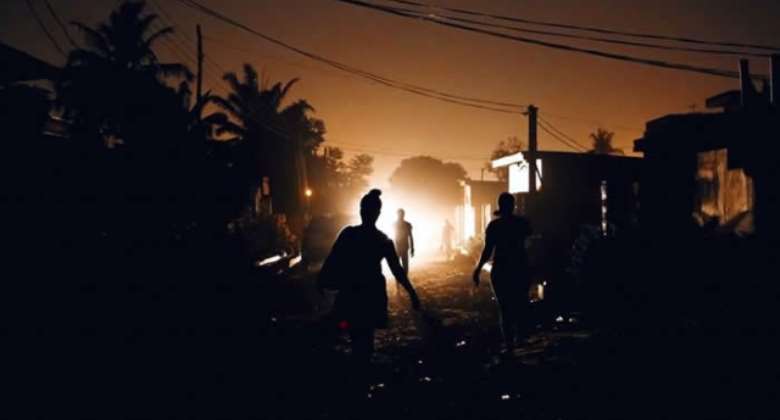 When former President John Dramani Mahama said he had inherited a legacy problem in the power sector and that he wasn’t going to manage the situation but fix it permanently, he really had a vision which was going to live beyond decades. There is ongoing unannounced power rationing (DUMSOR) and this was confirmed by the ministry of energy.

President Mahama and the NDC invested heavily in building capacity just so we don’t experience any future power rationing (DUMSOR) as a result of generation challenges which had been the case in the past. Ghana’s peak demand as recorded in 2019 stood at 2,800MW, so, a reserve margin of 20% of the peak demand should give us 560MW. This implies a shutdown of any of the plants should not result in dumsor because they are other plants ready to be substituted for those plants shutdown.

In a second scenario...in order to ensure a reliable but sustainable supply of power, most of the thermal plants were converted into dual-fuel plants. Except for Asogli and AMERI which are purely gas-powered plants, plants like Aboaze Thermal Plant, TAPCO, TICO and most of the Thermal Plants are dual-fuel. So, when there is no gas or limited supply of gas, alternative fuel (light crude) can be used to power the thermal plants without having to ration power (experience dumsor).

Now, the West African Gas Pipeline Company (WAPCO) informed the government of Ghana about a month before undertaken the ongoing PIGGING (the cleaning of the pipelines). This was to enable the government to adjust and make sufficient alternative fuel to power the dual-fuel plants so that power supply won’t be distorted and result to the ongoing dumsor. So, if the government slept on its job maybe because there is no liquidity (money) to buy light crude as alternative fuel or because that isn’t a priority, then, the same government can’t blame the ongoing maintenance of the pipelines (PIGGING) as the cause of the DUMSOR.

This dumsor is self-created; it’s either due to incompetence or sheer wickedness or that the power sector isn’t a priority to President Nana and his energy minister. This is the time to make use of the excess capacity President Mahama invested in and created which was described by this current regime as a waste.

Joseph Yamin to clear weeds in all abandoned Mahama projects...
54 minutes ago