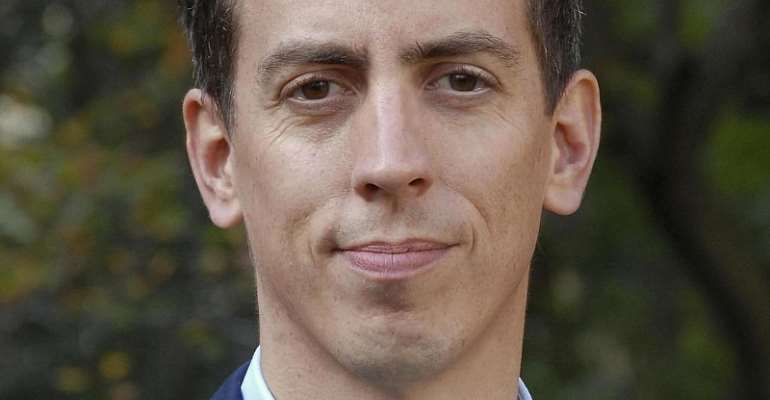 The documentary series Green Blood exposes the web of powerful interests in the mining sector, and the pitfalls facing journalists who try to expose them.

A damning photo and a wall of police silence set the tone of Green Blood, a four-part investigative documentary exposing environmental crime in the mining industry.

In one of the episodes, a consortium of journalists led by the NGO Forbidden Stories, confront police in Guatemala about a fatal shooting.

Did police fire on protesters, or not?
A spokesman replies: There is no official proof.
This sort of brazen impunity inspired Forbidden Stories founder Laurent Richard to launch his cross-border investigation involving more than 40 journalists.

It was concern about the environmental impact of a nickel mine on Guatemala's largest expanse of fresh water that led fishermen there to protest. One of the protestors was killed, and a local reporter who captured the killing on camera was prosecuted for covering the story.

Green Blood is about "continuing the work of assassinated reporters, under-threat reporters or jailed reporters," continues Richard. "They were investigating environmental scandals and they were stopped," he told RFI.

Dangerous reporting
A depressingly similar pattern emerges in countries from India to Tanzania, where reporters have been attacked for investigating concerns about multinationals' scramble for minerals such as sand, nickel and gold.

India's inexhaustible need for sand has spawned mafia groups who are dredging up riverbeds of the Sindh River, causing ecological damage and further water shortages. When reporter Jagendra Singh tried to raise the alarm, he was burnt alive and later died from his injuries. Official reports claim that Singh killed himself.

Thirteen journalists who were investigating damage to the environment have been killed in recent years, according to the Committee to Protect Journalists, making environmental reporting one of the most dangerous professional sectors after war reporting.

"Multinational companies are going to the south of the planet and buying many minerals, and they don't want us to know about their dirty business," comments Richard.

These resources end up in all manner of products – from mobile phones to pots and pans – with consumers largely unaware of the stories behind them.

Joining the dots
A news blackout was effectively imposed in Tanzania where reporters trying to investigate the activities and relationships of a gold mine, lost their jobs and two newspapers were shut down.

The Green Blood project revived the story by bringing together a team of skilled journalists to track the supply chains to identify where the gold was going and which companies in Silicon Valley were buying.

"It brings protection and it also brings more precise information," comments the filmmaker, who wants to continue the example of collaborative projects such as the Panama Papers.

"When you're dealing with environmental crime, which is crossing borders, our way of doing journalism needs to cross borders," he reckons.

"I think that when that policeman and that police station [in Guatemala] saw journalists arriving from El Pais, from Le Monde, from The Guardian, from Forbidden Stories all knocking on the door looking for the guy who gave the order, to have an explanation (...) I think that shows the power of collaboration."

The local station chief in Guatemala still denies ordering his men to fire. There is an on-going investigation, but so far, no officers have been charged.

After Charlie
Undeterred, Richard points to progress elsewhere.
"The nikel mining industry has since lost its license. In India, there is now a ban on some sand exports. In Tanzania, some tech companies have announced that they will conduct an investigation inside their own industry," he enthuses, hoping this journalism can help salvage the public's trust in the media.

And keep stories alive. The Forbidden Stories founder escaped by a whisker the 2015 terrorist attack on satirical magazine Charlie Hebdo, located "just next door" to his office. "I arrived two minutes after the terrorists escaped the building. I discovered that many of the people who used to be my neighbors, and some of my colleagues were killed."

The tragedy ignited the desire in him to continue the work of assassinated reporters.

"It's about sending a strong signal to enemies of the free press that even if you try to kill the messenger, you won't kill the message," he said.

You’ve Fulfilled Most Of Your Manifesto Promises; Objective ...
1 minute ago

How Slain Mfantseman MP Begged Killers To Follow Him Home Fo...
16 minutes ago