So Sad, So Bad, Harry And Meghan Removed From Royal Website 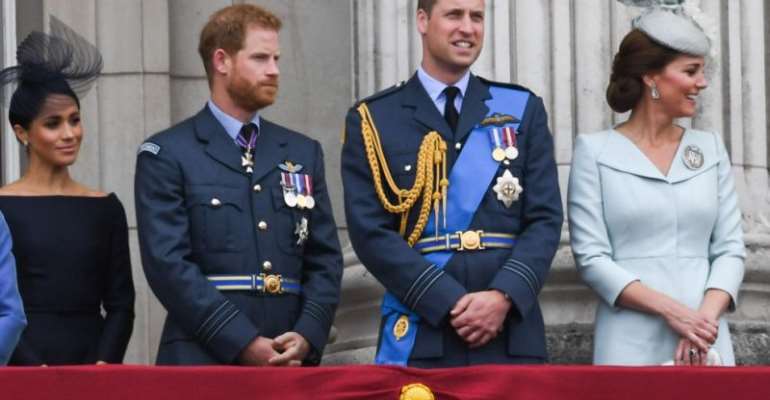 Duchess Kate and Prince William have made the end of the "Fab Four" official. They have removed Duchess Meghan and Prince Harry from their website.

The Royal Foundation, which was founded by Prince William and Prince Harry almost ten years ago, is now run exclusively by the Duke and Duchess of Cambridge.

The Sussexes are now no longer mentioned on the site. Last June it was announced that Harry and Meghan will be separating themselves from the Cambridges and their charitable projects and setting up their own website. This announcement came just 14 months after the name of the foundation was changed to include the Sussexes in the title.

They are particularly proud to have established a foundation that has had and continues to have a significant, lasting impact to improve the lives of many. It was also said that Kate and William want to build on the Foundation's past successes.

Even though the Sussexes are no longer in the description of the official website, Harry and Meghan are still present on the site. The Duchess of Sussex's cookbook is still displayed and the Duke of Sussex is still listed as head of the Endeavour Fund and partnership with the Ministry of Defence.

Royal "Feud"
The "Fab Four" were first seen together in February 2018 at an official appointment at the Royal Foundation Forum, just four months before Harry and Meghan were married.

Rumours of a "feud" in the palace, however, raised doubts about their close relationship. The then later Queen announced the establishment of a new household for Harry and Meghan, away from the Kensington Palace.

The Sussexes moved to Frogmore Cottage in Windsor, while William and Kate remained at Kensington Palace. Why all those segregations?