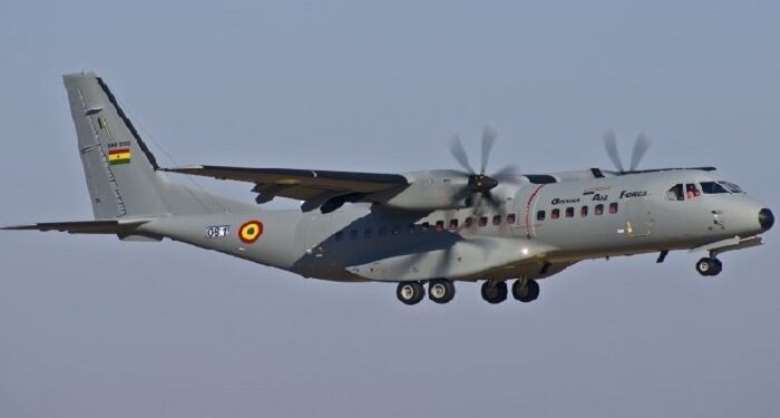 Fellow Ghanaians, it was Marilyn Monroe who wondered ponderously that she does not know who invented high heels, but all women owe him a lot. Likewise. I do not know who invented the assertion that "politics is a dirty game, but all politicians owe that person a lot. I think the Ghanaian political landscape has never been so dirty and gutter like recently.

I have just read the gaseous nonsense vomited out from the office of the so-called Patriots for Peace and Development (PPD) suggesting to the National Democratic Congress (NDC) to replace ex-President Mahama as a flagbearer of the NDC. That mischievous “advice” simply sought to discredit the candidature of the former President in this year's general elections. Their "advice" came on the heels of the political witch-hunting Airbus saga allegations leveled against ex-President Mahama that seeks to drag in the mud, the presidential reputation of the former President who Ghanaians are yearning for after three years of abysmal and most disappointed leadership of President Akufo Addo. As anybody may hazard a guess, it is the most unnecessary and very nincompoopish advice, and nothing more than political treachery and mockery of the former President.

On April 5, 1948, Nnamdi Azikiwe, the unquestioned National President of the National Council for the Nigerians and Cameroons (NCNC) and the first Governor-General of the Independent Federation of Nigeria, in highlighting the challenges of their party NCNC, said: "the road to victory at this critical period of our national humiliation is barricaded by enemies without and within". The path to staging a comeback to the presidency by President John Dramani Mahama, has been blockaded by reactionary and treacherous elements who have set out to poison the political well of the former President. Well, who does not have enemies? Even Jesus Christ had his Judas Iscariot, Pharisees and Sadducees. Every man with a modicum of greatness in him at any point in life must have to battle with this worth-for-nothing in life group of individuals whom God has created as the fuel of great men's growth.

Have we forgotten Roman Vatslavovich Malinovsky of Joseph Stalin? Betrayal and treachery, the last time I checked, remained the most effective pill for the prosperous growth of all men born great. President Mahama would certainly have his own Malinovsky. But the good news is that victory and success awaits every man who has been a victim of attack by this group of worthless people.

It's exactly the reason why I believe, unshakably, in the victory of President John Dramani Mahama in the impending elections, and by the leave of Allah, it has been written and destined! No mortal born of a woman or man, can reverse or "erase" the handwriting on the wall of destiny.

Fascinatingly, the more mud that has been thrown at the former President hoping some would stick and soil his pristine reputation, the more I am convinced and believed in the victory of President Mahama in this year's general elections. According to Mark Twain, what becomes the weapon of the opponent in the face of defeat is slander. The government, undeniably gasping for breath and flailing toward its political demise and perdition, wants to employ every Machiavellian tactic to win the election at all cost.

Let NPP be reminded it was not their intelligence which brought them to government. Someone must remind President Akufo Addo and his godforsaken largest size government, that Mahama and the NDC still needed the power the most as an incumbent party when they lost it all to the NPP. The same force which ousted the NDC when it held all the aces to retaining the power, would get the Akufo Addo-led government out of power this election season. (And let no idiot thinks it was any group of Ghanaians who gave the NPP the power)

The NPP's sense of "Ana Khayrun Khalaqtani min Narrin wa Khalakatahu min Teen" [I'm better than him. You have created me of fire and created him (Adam) of clay] said by the Iblis (Satan) in the Qur'an, is going to make them lose everything in this year's elections. President Akufo Addo and his Vice's display of arrogance of power and intellectualism that doesn't go beyond the pages of textbooks and "obesity" of grades and certificates are what is going to undo their government in the simplest manner.

Arrogance is the Majestic Cloak of Allah (God) and no mortal who tries to share it with Him, would ever prosper! The bitterness that characterizes the Akufo Addo-led government which has been unleashed upon stalwarts of the NPP who toiled to bring the party to power, but have been denied the “political booty” and participation in the government, is going to orchestrate the greatest undoing of the NPP in the impending election.

President Mahama is staging a comeback, In Shaa Allah, because disgrace is inevitable for those enemies of his within and some so-called elders of the NDC, who thought the sudden rise of their "errand boy" John Mahama to their paymaster John Mahama as President of the Republic of Ghana, must be sabotaged at all cost. They would be humiliated, those elders of the party who do not know, in Dagbani we say "Guli mbe Nnolini" which means "I have a cola nut in my mouth" implying an elder's modest way of refusing food for kids.

President John Mahama is winning the 2020 elections by the leave of his Creator who unconditionally runs to the aid of every suppressed and oppressed person whether he or she is a sinner or a Saint. The quantum of lies told and peddled against former President Mahama won't be allowed to go unattributed by his God. The best retaliation to one's enemies is success and victory. Former President Mahama's God would grant him both in the impending elections.

The forgers and manipulators and the traitors who masqueraded as employees in his government but had deliberately made nonsense and mockery of his leadership and regime, must all be put to shame. In Shaa Allah.

President John Dramani Mahama is going back to the Flagstaff House (I believe we are still under colonization) because, it's not true that some section of Ghanaians decide who becomes the President of the land, it is the exclusive job of the All-Mighty God, the sole Defender of the defamed, the demeaned, the de-marketed, and God is not Akan or Mamprusi by tribe.

President John Dramani Mahama is winning the 2020 general elections because, his incompetence tag which was mainly defined according to his borrowing of 40 billion cedis in four years, is shifting and fighting back the NPP government that has borrowed over 100 billion in less than four years! If too much of borrowing forty billion amounted to incompetence, what does it amount to if over 100 billion is borrowed in less than four years?

President Mahama is coming back to political grace because he had allowed journalists to work freely in their line of duty as the fourth estate of the realm during his administration. Nobody was intimidated. And that was what led to the spilling over of every rumored corruption allegation under President Mahama. In a government where journalists are shot dead in a broad daylight and nobody is held responsible for that, obviously other journalists must cultivate the culture of silence in their investigations of government's rots. Don't "think far" ask Manasseh Azure Awuni. The offices he was allowed in to carry out investigations have since shut at him after the NPP came to power.

It is the reason why every government official in the current NPP administration is all angels. May Allah expose every covered corruption in this government? Aameen!

Otherwise, how come such a colossal amount of money is being borrowed in a country of a population of over thirty million, yet there's no manifestation of such a gargantuan sum of cash in their lives? Why? It is because of perfumed corruption!

Divide over 100 billion cedis over thirty million Ghanaians and you would appreciate the criminality perpetrated against Ghanaians under President Akufo Addo as a President.

Nobody dares exposes the government because President Akufo Addo is a southerner and Akan. Today, lorry fares are increased more than three times within seven days, but nobody complains and those who complain have not been heard.

I hear say President Akufo Addo dey want to say the matter of Airbus scandal be investigated. Na who investigated the President when the Anas Aremeyaw's Number 12 was premiered?

Na who investigated Mr. President when he claimed to have been misled by the then Energy Minister Boakye Argyaku on the Ameri Deal Saga?

Let president Akufo Addo be investigated on the PDS saga by his most dormant but salary consumer Special Prosecutor.

Ex-President Mahama's second coming bid is a sure reality, not surreality! In Shaa Allah. And all his political predators can go and burn the sea! The power that brought Akufo Addo to the government when he least expected it, would bring Mahama back to government!

God Bless Us All