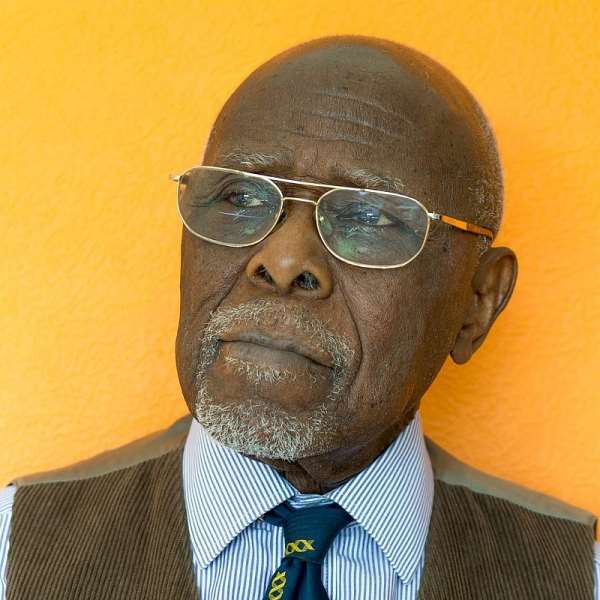 Felix I. D. Konotey-Ahulu, born in 1930 at Odumase-Krobo, is one of the most original brains Ghana has produced.

He is so honest in what he thinks – and says – that many of his fellow academics must find him 'awkward.' He is so gifted with the faculty of curiosity that his skull encases tremendous knowledge about all manner of subjects. Meanwhile, his mouth cannot refrain from uttering what he thinks. Ahem -- that means he must seem 'insufferable' to some.

Which is all right by Ghanaian patriots, for a country some of whose nationals are so – sebe o, tafracher -- stupid as to invite foreigners to come and despoil their water sources and food farms in search of gold – needs quite a few 'insufferable' people to call out the – sebe o tafracher -- fools among us.

But whilst possessed of a sharp tongue with which to lash those who refuse to think, he simultaneously praises to the high heavens, those whose intellectual depth merits praise.

Take Thursday 30 January 2020, for instance. He delivered a “special lecture” to the Ghana Academy of Arts and Sciences, in which he poured encomiums on Dr Emmanuel Evans-Anfom, former Vice-Chancellor of the Kwame Nkrumah University of Science and Technology, Kumase. Dr Evans-Anfom attained the magical age of 100 years old in October 2019.

Now, as it happens, 2019 also marked the 60th anniversary of the founding of the Ghana Academy of Sciences So the Academy held a symposium to celebrate the occasion. The speakers invited to the symposium included Prof. Felix Konotey-Ahulu.

Prof Konotey-Ahulu was uneasy about the length of time allocated to his contribution to the symposium, implying that concentration on the achievements of the Academy, on its 60th-anniversary celebrations, would overshadow the honour that he felt should be accorded Dr Evans-Anfom in his centenary year.

The Academy must have seen his point, for it decided to allow him a “special lecture” slot on a later date, during which he would be the only speaker. Konotey-Ahulu promptly dedicated the “special lecture” to Dr Evans-Anfom.

The intriguing title he chose was “History Surpasses Science”. Now, this subject matter might have bemused a few members of the audience, since history and science seem, to many of us, to march in tandem.

But Prof Konotey-Ahulu was convincing in the line he took, namely, that as far as our continent, Africa, is concerned, science has been used to distort its history and demean its people.

In the course of carrying out zan erudite "hatchet job" on pseudo-scientists who use science to advocate or condone racism, Prof. Konotey-Ahulu sang the praises of many doctors and scientists who had fought against racism in science and had thus saved many lives in Ghana.

These included Dr Evans-Anfom, of course, who (Konotey-Ahulu recalled) came to Konotey-Ahulu, during Evans-Anfom's retirement, to plead to be allowed to do two surgical operations a week at the Ridge Hospital, where Konotey-Ahulu was in charge!

Just imagine if Evans-Anfom had been your typical arrogant Ghanaian. He would have used his seniority to push Konotey-Ahulu aside and done as he pleased! Instead, he had gone to the junior person with humility itself .

On the issue of science in general, the Professor pointed out that Charles Darwin had written a book, [whose full title, often omitted, was The Origin of Species by Means of Natural Selection, or the Preservation of Favoured Races in the Struggle for Life] which claimed that humans “evolved” in a series of steps – from monkeys to humans. White scientists had used Darwin's findings to teach that Africans were an “inferior race” that possessed less “intelligence” than the “white race” (whose people, according to white scientists, are at the “apex” of the human evolutionary tree!)

But as science had matured, it had been proved – with the deciphering of the human genome, in particular, – that there was only one human “race” and not different “races”.

Indeed, one of the scientists who had cited alleged genetical differences between the “races” to preach that blacks were less intelligent than whites, Dr James Watson (winner of the Nobel Prize, no less!) had discovered, on submitting himself to a DNA test, that -- irony of ironies -- HE possessed the genes of an African!

Prof Konotey-Ahulu gave many examples of false “scientific” notions that white scientists had propagated to the detriment of Africans. For instance, there was the case of a widely-publicized “finding” by some white doctors that blacks who had a sickle-cell “trait” in their blood, were susceptible to the same physical ailments as Africans suffering from sickle-cell "disease."

Panic had ensued among black pilots world-wide in 1967, when it was suggested that they should all be grounded or harassed at airports, by asking them to undergo sickle-cell tests. The following publication came to the attention of two Ghanaian doctors, Dr Reginald Addae and Dr Frank Djabanor: “If, on certain African routes, a Negro (sic)traveller must take an unpressurized aircraft, it would be wise to ascertain the sickling status before departure”.

Following this, a London Times Science Report (“Sickle Cell Disease and flying” December 9 1971) categorically claimed that “sickle cell disease is now found in a fifth of West Africans and a tenth of West Indians and American Negroes”. The Science Report continued: “Clearly all flight crew with the sickle cell trait should be removed from flying duties”

Some pilots and air crew were peremptorily grounded in the USA. But Drs Addae and Djabanor wrote to point out that what the authors of the publication did not seem to know was that not only black people have the sickle cell gene. “In some parts of Greece, the prevalence of the sickle cell trait is 30%” or “more than twice the prevalence in Northern Ghana. The forebears and descendants of these non-Negro possessors of the sickle cell gene are doubtlessly scattered over America and Europe today. How can we identify them from their external features, to thrust upon them the ‘benefits’ of this advice?”

The writers of the false reports were thereupon prevailed to withdraw them! And the careers of black pilots were safeguarded.