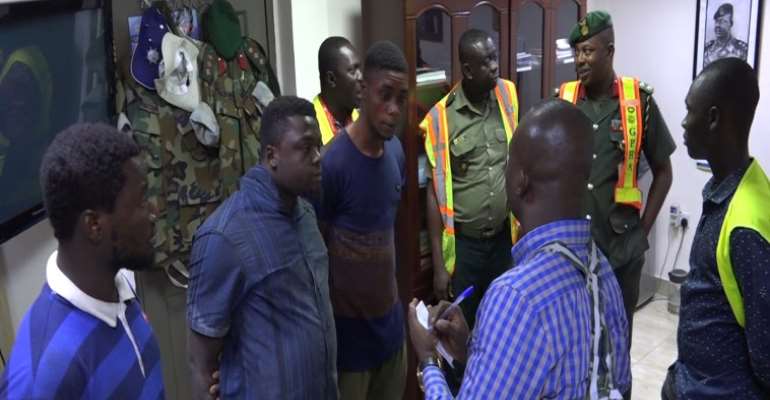 The three Nigerian stowaways who were apprehended at the Tema Harbour on Tuesday are currently undergoing processes to be sent back to Nigeria.

The three were hoping to stowaway to Europe but ended up at Tema Port.

This was after they sneaked into an MV Unity vessel from Apapa Port in Nigeria.

Unfortunately, the vessel was heading towards Ghana to discharge some general goods at the Port of Tema when the suspects were seen hiding in a small space behind the vessel's propeller.

One of the arrested stowaways, Isaac Daniels has been identified as a serial stowaway who was arrested in 2019 for similar offences.

But Tema Port Security Manager, Colonel Joseph Punamane told Citi News they will be sent back to their country.

“When we get these people, what we do is that we hand them over to the police and immigration. The stowaways are treated as refugees. They will be repatriated to their country so they are not under arrest. We are however in the process to repatriate them.”

Officials say one of the three is a serial stowaway.

Meanwhile, Col Punamane said the issue of stowaways being disembarked at the port is becoming a major concern.

He noted that they have stepped up efforts to deal with such crimes.