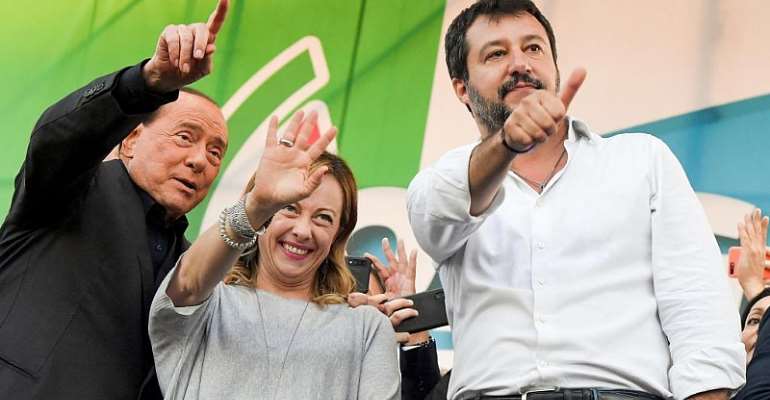 Voting began in the northern, left-leaning Emilia Romagna region and southern underdeveloped Calabria region of Italy on Sunday morning, as far-right leader Matteo Salvini hopes the results will propel him and his League party back to national power.

Voters are going to the polls to pick their governor and regional legislature, the results of which could bring the central government down.

In-fighting in the populist 5-Star Movement, which is part of Prime Minister Giuseppe Conte's coalition government, has weakened the government, prompting Salvini to campaign hard for his anti-immigrant League party in both regions.

Salvini originally dismissed the southern Calabria region as unproductive, but now sees it as a stepping stone back into power in the central government.

Salvini was Italy's interior minister until last August, when he left the 5-Star Movement coalition, expecting that his departure would trigger snap elections that he would win.

Instead, 5-Star brought the centre-left wing Democratic Party (PD) into the government, effectively ejecting Salvini from the halls of power.

Salvini presses the flesh to keep immigrants out

After his unceremonious ouster, Salvini has concentrated on winning local elections in an effort to get the League back to Rome.

His anti-immigrant, anti-European policies have been looked upon favourably in smaller towns and cities in the wealthy Emilia Romagna region. He has also pledged to cut taxes.

Emilia Romagna, traditionally the seat of the Communist party, has voted left-wing for decades and an upset here could provide big political gains for the League.

"If you give us a hand, we'll go on Monday and ask for early elections to give this country strong, coherent government," Giorgia Meloni, leader of the Brothers of Italy party, an ally of Salvini, told a closing rally in Emilia Romagna on Friday.

Part of Salvini's brash confrontational style was on display last week in front of TV cameras, after he rang the interphone of an apartment where Tunisian immigrants live and asked them if they are drug dealers.

Meanwhile, PD is fighting to remain on top in Emilia Romagna as incumbent governor Stefano Bonaccini remains a popular politician with a positive approval rating.

“Salvini is trying to make the campaign about national issues because he has nothing to say about Emilia Romagna. He is using the vote for his own personal ends to bring the government down," Bonaccini said to Reuters newswire.