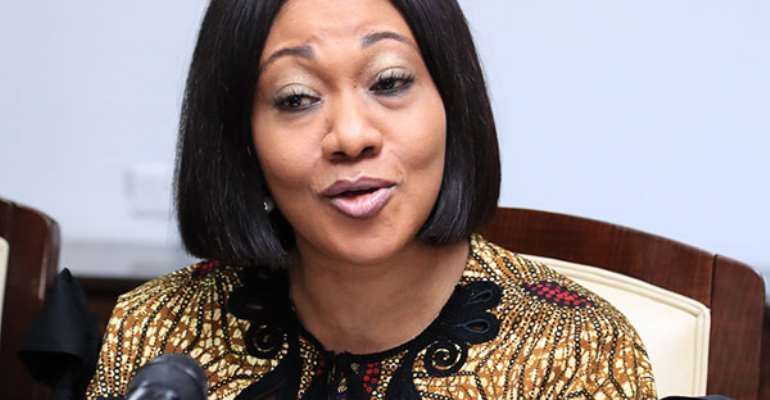 The Electoral Commission (EC) is set to pick suppliers for the new voters' registration kits to compile a new register.

The EC insists that the current kits are outdated and needed to embark on new registration to bring the commission to speed on the way forward ahead of the next election in December.

The commission said the compilation of a new voters' register and acquisition of Biometric Verification Devices (BVDs) would only boost the credibility and integrity of the elections.

Four foreign-based suppliers have been shortlisted for the final selection after international competitive tender to enable the EC to roll out the new register.

Two of the companies DAILY GUIDE learnt are from France and South Korea and the winner may likely emerge next week to kick-start the process ahead of the compilation of the new register.

The EC has already awarded the contract for the construction of the new Data Centre to Persol Systems Limited, a local IT company, after a similar international competitive tender.

The commission is saving millions of cedis for switching to a new register instead of upgrading the existing one which has got to its end use.

The commission is also saving $12 million on the contract for the Data Centre.

This brings total savings to GH¢173,077,650 as against refurbishing the old system by STL.

The EC also ruled the perception that the commission is behind time and that the new register may overstretch the process, saying that it has timelines that it is working with.

According to the Chairperson, Jean Mensa, at a recent media engagement, the registration of Ghanaians of voting age starts in April.

She explained that the last biometric registration in 2012 was conducted between April and July and that the register was ready for that year's election.

She allayed fears that there would be long queues in polling stations during the exercise, saying that the cluster system would deploy four machines to each polling station to speed up the process.

The EC's decision to compile a new voters' register has been greeted by demonstrations instigated by the National Democratic Congress (NDC), calling for mayhem if the commission goes ahead with the plan.

However, with the obvious futility of the exercise, the NDC Chairman, Samuel Ofosu-Ampofo, announced in Kumasi on Tuesday after the demonstration in the Ashanti Region that the party was calling off future demonstrations and was going to dialogue with the EC.

But the EC says the way forward is a new register which is cheaper than the path the NDC wants the commission to thread.

The 2016 Independent Presidential Candidate, Joseph Osei Yeboah, commended the EC for initiating steps to compile a new register, describing the decision as an excellent move.

He called on all persons against the compilation of the new register to reconsider their decision.

He said the EC had taken a right path for saving the country over GH¢173 million, adding that the funds can be used to complete all the E-blocks started by the Mahama administration.

Acting General Secretary of the Convention People's Party (CPP), James Kwabena Bomfeh, popularly known as Kabila, called on all 'lovers of democracy' to endorse and support the EC's decision to compile new register.

He said those who oppose the laudable initiative of the EC should come up with superior alternatives.

“Let those with direct superior alternatives raise them and manage what is said as well as how it is said. Otherwise, let all democracy lovers endorse and support the EC for this initiative,” Kwabena Bomfeh stated in a statement.