NDP To Elect Flagbearer In June 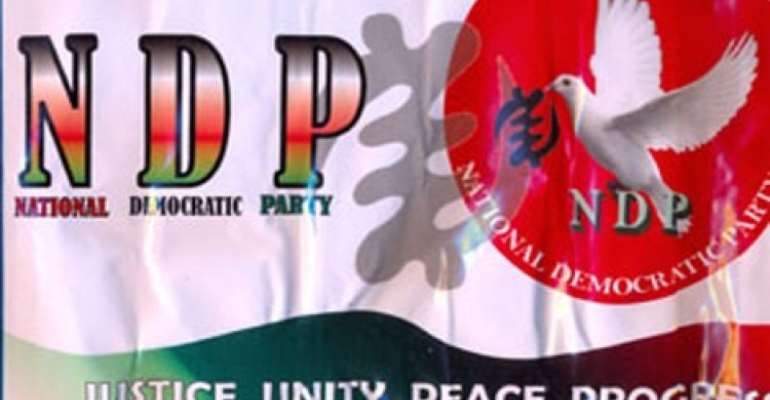 The National Democratic Party (NDP) will hold its national conference in June this year to elect its presidential candidate for the 2020 presidential elections.

It has subsequently fixed May 2020 for presidential aspirants to pick up nomination forms leading to the national conference in June.

The General Secretary of the NDP, Alhaji Mohammed Frimpong, told the Daily Graphic that all branches of the party known as Community Organisation Bureaux (COB) have been aligned and stirred up nationwide.

He said the COBs were present in all electoral areas of the country in varying degrees of visibility.

Elections
He said the activities of the constituencies have also been reengineered to pave the way for elections of regional executives.

“The holding of regional conferences has already started with three already accomplished. These are Eastern, Western North and Central regions. We hope to complete the remaining inaugurations by end of March 2020,” he stated.

People’s power
He said the NDP had so far represented the surest safeguard of people's power drawing much inspiration from the political foundation of the Rawlingses.

“Indeed our manifesto shall be unveiled latest in July with a focus on devolution and decentralisation, the hallmark of the Rawlings Institute of People's Power. We assure the citizenry that NDP shall continue to lead, direct and moderate every discourse that meets people's aspirations as the only basis of efficient governance,” he stated.