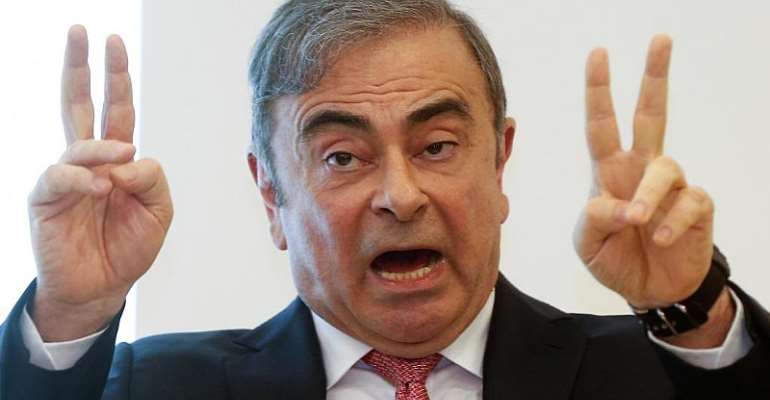 Millionaire fugitive and former Renault CEO Carlos Ghosn has filed a complaint with the French Labour Court over pension rights worth around 770,000 euros per year.

The former Renault and Nissan boss said he never formally resigned as the CEO of the French automaker. As such, he sees no reason why the company should not disburse around 770,000 euros per annum for his pension rights.

Ghosn also believes Renault owes him a retirement benefit of 250,000 euros. He filed a complaint to that effect with the French Labour Court, le Conseil de prud'hommes.

Ghosn argues that he did not quit Renault of his own free will. He says he wrote a letter to the company on 23 January 2019 to explain that he was no longer able to lead it from behind bars. Renault read the letter as a resignation.

Ghosn was arrested in Tokyo in November 2018 on charges of financial misconduct while he was the head of Renault's partner, Nissan. He was under house arrest but managed to escape Japan for Lebanon on a private jet on 30 December.

As France remains crippled by six weeks of strikes over pension reforms, the CGT trade union has expressed shock by Ghosn's move.

“This is indecent. Especially, coming from someone who fled justice and is still awaiting trial,” David Jourdain, deputy secretary general of Info'Com CGT, told RFI.

Jourdain told RFI that Ghosn lawsuit is even more shocking “when you know that there are so many employees who are battling hard at the prud'hommes just to obtain small amounts of money.”

A Renault spokesman said the company received notice of the lawsuit in December.

A hearing is expected at the end of February.
The 65-year old's career took off when he joined Renault in 1996, nicknamed “Le Cost Killer” for his brutal restructuring programme.

“Carlos Ghosn wronged a lot of people while he was at Renault and sacked thousands of hard working employees,” Jourdain added.