Sunyani West DCE Rubbish Allegations Against Him By NPP Executives 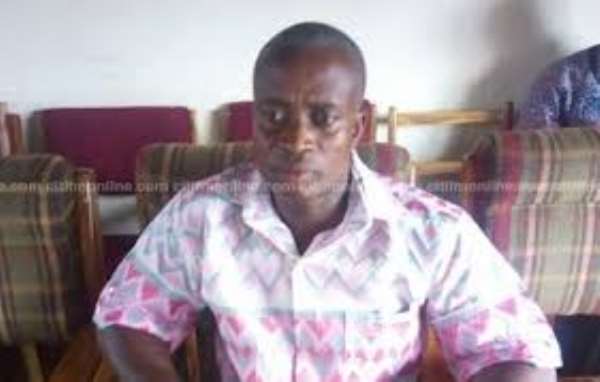 The Sunyani West District Chief Executive (DCE), Martin Obeng has refuted allegations made against him by New Patriotic Party (NPP) executives in his area.

The Electoral Area Coordinators and Polling Station executives accused the DCE of failing to support perceived NPP candidates in electoral areas in the district.

They further accused him of sending military personnel to brutalise people during the District Level Elections.

Mr. Obeng, however, said the decision to send military personnel to the Nsoatre Nsereso Electoral Area was taken in consultation with the Municipal Security Council adding that the decision was not to brutalize anyone.

“I did not send military men to go and brutalize anybody. At Nsoatre in particular, because of intelligence we picked and discussed at the security council meeting, we decided to deploy military office to support other security agencies. So the military was patrolling the town. They were never stationed at one polling station during the voting. It was during counting that they came to Nsereso Electoral Area to ensure that there was peace and security.”

“They are claiming that the party had candidates. Myself as DCE for Sunyani West, nobody gave me any list that these are the party people that we want to win the assembly election. I never supported any candidate. I don't even have the money that they are quoting, let alone to give to people to go and win elections,” he stated.

Denying the accusations of giving scholarships to unknown persons outside the district, the DCE also said that the 44 persons who were awarded scholarships went through the right procedure, contrary to claims by the party executives.

“We had a meeting with the scholarship secretariat in Sunyani with all the MMDCEs in Bono, Bono East and Ahafo. They gave us specific instructions that His Excellency the President has directed that the scholarship should be decentralized to the district level and that we should go and make announcements,” he said.

“So we made announcement in churches, mosques, information centres, and on radio for three consecutive months. All the applicants came for an interview. The names of those that were shortlisted were sent to Accra and then the 44 were awarded the scholarship. I did not share scholarship.”

The Electoral Area Coordinators and Polling Station Executives in the Sunyani West Constituency in the Bono Region yesterday [Tuesday] laid down their tools, following claims that their DCE, Martin Obeng is breaking down the party.

According to them, the DCE used his position to select his preferred candidates against that of the party during the recent District Level Elections.

Mr. Obeng was also accused of giving scholarships to unknown persons outside the district.