So Called “Missing Verses” In The Bible: A Response Isaac 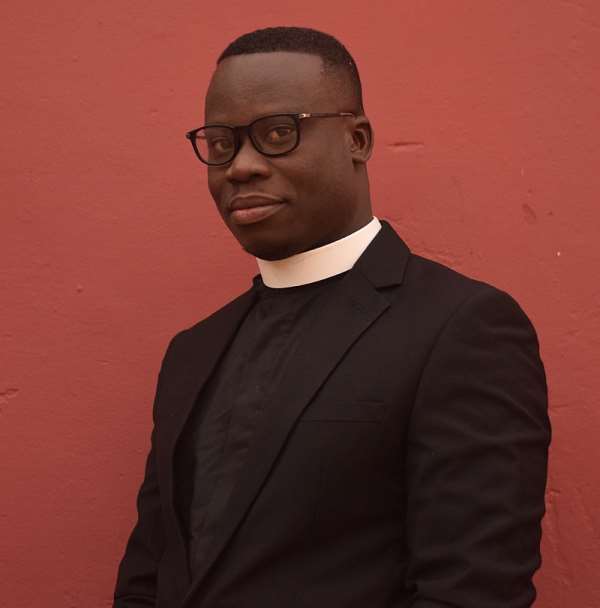 This paper is intended to serve as a response to some allegations levelled against some Bible versions, particular the New International Version (NIV) of the Holy Bible that it has omitted certain verses in the New Testament (hereafter NT) not only to soften its stance on same sex marriage, but also to hide some important titles and names of Christ.

The verses in question include Matthew 17:21; 18:11; 23:14, Mark 9:44, 46; 11:26; 15:28, Luke 17:36, John 5:4, Acts 8:37; 15:34; 24:7; 28:29, Romans 16:24, 2 Corinthians 13:14. You might have had such a message via social media (including WhatsApp, Facebook, Twitter and so on). I saw it first in 2014 as a Seminarian and since then I have come across it a number of times in the social media. My experiences as Bible translator, a Bible teacher and a pastor have motivated me to use this brief paper to bring to the notice of ministers (whose busy schedules may not allow them to thoroughly examine the issue) and the general public (who for lack of theological education and lack of theological materials, may not be able to make good theological analysis), some of the findings and conclusions regarding the issue. The issue at stake has to do with textual criticisms and hence a brief discussion of it is necessary.

What is Textual Criticism?

Textual criticism is the science that compares all known manuscripts of a given work in an attempt to trace the history of variations within them so as to discover its original form. Majority of Christians have access to the NT only in translation, and the basic consideration in choosing a translation is its accuracy in representing the original text. A translator’s first concern is that he is translating the actual words of the author before he decides what those words mean. Therefore, before any Bible translation project begins, the team of translators and other scholars need to determine which biblical manuscript is most reliable and should be used for the project.

Textual criticism is important for the following reasons. First, the originals, probably written on papyrus scrolls, clay tablets, skins of animals and so one, have all perished. What the translator can lay hands on are hand-written copies of the original manuscripts. For over 1,400 years (before the invention of the printing press) biblical texts were copied by hand and copyists (scribes) might have made some errors in copying. There now extant, in whole and in part, 5,338 Greek MSS for the NT, as well as hundreds of copies of ancient translations. Second, no two MSS anywhere in existence are exactly alike. The sources for finding the original text include the Greek manuscripts (MSS), the ancient versions and the citations by early fathers. Primacy of the position in the quest for original text belongs to the Greek MSS, partly because they are copies in the original language of the biblical authors, and partly because the oldest ones are generally earlier than the other evidence.

The immense amount of material available to the NT textual critic, exceeding all other ancient documents by hundreds of times, is both his good fortune and his problem. It is his good fortune because with such an abundance of material he can be reasonably certain that the original text is to be found somewhere in it. However, the abundance of material is likewise the textual critic’s problem, because no two copies are exactly alike and the greater the number of copies, the greater the number of variants. This is especially so in the light of the ideal that each piece of evidence must be used in order to identify the original by detecting possible corruption of the NT text. Although it is true that no two MSS are identical, it is also equally true that many are so much alike that they tend to group themselves into major families of texts (text- types).

It is worth noting the fact that during translation, textual critics sift through all available materials, carefully collating and comparing each MS with all others in order to detect the errors and changes in the text, and thus to decide which variant reading at any given point is more likely to be original. In so doing decision regarding the certainty or otherwise of a particular text or passage is determined. However, since different translations use different textual critics, the degree of certainty of a text may vary from one translation to another. For this reason, editors normally in their preface give us reasons for certain decision taken in their book. This can be seen in all Bibles. Following excerpts may be helpful.

4. In the interlinear Bible, all the verses are included in the main text.

What reason(s) do editors and translators give regarding the inclusion or otherwise of a passage in the main text? In the preface of the Greek the Greek New Testament (fourth edition, Deutsche Bibelgesellschaft, D-Stuttgart, 2001), we read this comment under the heading “The evaluation of evidence for the text”.

On the basis of generally accepted principles of textual analysis the committee took into account the widest possible range of manuscript readings as well as all internal considerations concerning the origin and transmission of the text. But since in a number of instances the evidence from such sources points to the possibility of different solutions and thus involves different degrees of certainty with respect to the form of the original text, letter A,B,C or D has been employed within braces {} at the beginning of each apparatus item so as to mark one of four levels of certainty, as representing in large measure the difficulties encountered by the Committee in making textual decisions.

We also footnote cases when the NLT excludes a passage that is included in the Greek text known as the Textus Receptus (and familiar to readers through its translation in the King James Version). In such cases, we offer a translation of the excluded text in a footnote, even though it is generally recognized as a later addition to the Greek text and not part of the original Greek New Testament.”

In Dickson’s Teachers’ Bible, which is based on the International King James version, he gives this comment about Mat. 18:11 in his study notes (p. 1107):

“The manuscript evidence for the inclusion of this verse is weak. Both the Nestle-Aland and United Bible Societies Greek Text omit the verse. However, the teaching of the verse if found in Luke 19:10.”

The Good News Bible has in its preface the following:

The King James Version of the New Testament was based upon a Greek Text that was marred by mistakes, containing the accumulated errors of fourteen centuries of manuscripts copying. It was essentially the Greek text of the New Testament as edited by Beza, 1589, who closely followed that published by Erasmus, 1516-1535, which was based upon a few medieval manuscripts. The earliest and best of the eight manuscripts which Erasmus consulted was from the tenth century received text; Beza had access to two manuscripts of great value, dating from the fifth and sixth centuries, but he made very little use of them because they differed from the text published by Erasmus. We now possess many more ancient manuscripts of the New Testament, and are far better equipped to seek to recover the original wording of the Greek text.

Part of the preface to the International King James Version (as quoted in Dickson’s Teachers’ Bible) reads: “Verses and phrases that are in brackets are those readings that are questioned by Nestle and United Bible Societies’ Greek text, and yet, have been retained in this revision.”

In the NIV, readers’ attention is drawn to this.

“In the New Testament, footnotes that refer to uncertainty regarding the original text are introduced by “Some manuscripts” or similar expressions.”

What do these verses really say?

The following quotations are from the New King James Version.

Matt 17:21: However, this kind does not go out except by prayer and fasting."*

Matt 23:14: Woe to you, scribes and Pharisees, hypocrites! For you devour widows' houses, and for a pretense make long prayers. Therefore you will receive greater condemnation.*

Mark 11:26-27: But if you do not forgive, neither will your Father in heaven forgive your trespasses."*

John 5:4: For an angel went down at a certain time into the pool and stirred up the water; then whoever stepped in first, after the stirring of the water, was made well of whatever disease he had.*

And he answered and said, "I believe that Jesus Christ is the Son of God."*

Acts 24:7: But the commander Lysias came by and with great violence took him out of our hands,

Acts 28:29: And when he had said these words, the Jews departed and had a great dispute among themselves.*

2 Cor. 13:14: The grace of the Lord Jesus Christ, and the love of God, and the communion of the Holy Spirit be with you all. Amen

From the foregoing, the following points could be noted.

1. These verses do not say anything about homosexuals or lesbians.

2. The assertion that the bible translators are hiding some verses that talk against homosexuality is not valid.

3. Again, the allegation that certain titles and names of Christ are hidden has no proof.

In an attempt to get the original Greek text, textual critics compare available manuscripts. The degree of certainty of a verse or passage is dependent (in a way) on the available manuscripts. The greater the number of manuscripts compared the better the chance of knowing the original text. Depending on a version’s degree of certainty regarding a passage, it may be included in the main text or in the footnotes or totally omitted.

5. Clearly the allegations mounted against the NIV are invalid and must be ignored.

[For more on this issue read chapter seven of Isaac Boaheng Is the Bible Really the Word of God? Sunyani: Jonnette Secretariat, 2019]