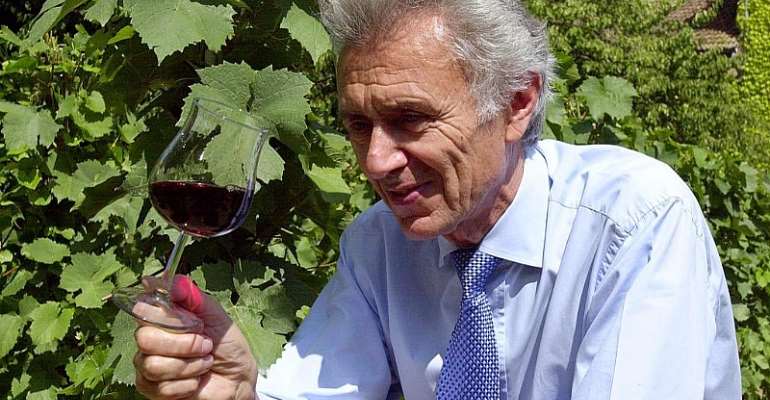 Georges Duboeuf, a highly influential French wine merchant who gave Beaujolais Nouveau its lettres de noblesse, has died at the age of 86.

Duboeuf  suffered a stroke on Saturday afternoon in his home in Romanèche-Thorins, near Lyon in France, and died soon after, his daughter-in-law Anne told AFP on Sunday.

He became famous for turning an ordinary red wine known as "Beaujolais nouveau" into a global phenomenon in the 1980s.

Thanks to his relentless promotion of the wine its release date on the third Thursday of November came to be known and celebrated worldwide as Beaujolais Nouveau Day.

This earned him the nickname of "the Pope of Beaujolais". Top French chef Paul Bocuse tweeted about his "everlasting sadness" saying Beaujolais wine had lost its finest ambassador".

Georges Duboeuf began his career as a wine merchant in the 1950s when he set up L'Ecrin Maçonnais-Beaujolais, a collective of wine producers, to help promote local wines.

Then in 1964 he founded his own winery, Georges Duboeuf Wines, using traditional methods of winemaking.

The winery expanded into other regions and in 1993 Duboeuf opened a shop, museum and wine tasting bar in the village of Romanèche-Thorins.

When he retired in 2018 and handed over the business to his son Franck, the company was producing 30 million bottles a year.

"This makes me very sad. We will miss him. He was a partner and a loyal friend", the Michelin-starred chef Georges Blanc told AFP, adding that Duboeuf was a "tireless ambassador for Beaujolais".

Duboeuf was also known for the splendid celebrations he organised around Beaujolais Nouveau in the 1980s, attended by celebrities, famous chefs and politicians.

"He had a nose, intuition, and was a step ahead of his time," he said.

The Duboeuf family has been in the wine industry for four centuries.