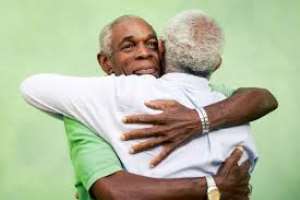 In Ghana and Africa, it is a fact that old age goes with wisdom and huge store of knowledge. People in all homes offices rely on the aged for advise at all times. To compensate for their roles extended families do provide the aged with accommodation and good care. However, in Ghana and other parts of the world, this rich tradition is giving way to something different. Ageing is becoming problematic in the areas of recognition and honour in public and even at home. By law, at 60, all persons in public service and in other sectors are required to give way to the young ones.

Today officials about to retire are often hounded tactfully by young colleagues who wish to take over from them. As they are required to leave, most of the retirees are often cool preparing to retire. However, those who are afraid of retirement do manipulate their birth certificates to reduce their ages. Those who agree cooly to go on retirement are paid lump sums. After spending their pension entitlements, most of them on retirement often face ageing blues, lack adequate medical care, with no good home care and good companionship.

Ghana is known worldwide as a leading hospitable nation. Even though the aged are old men and women who bear their own names, the generic names for them at home and in the public places are changed to “old man” and “old lady” or "oluuu". Currently, the younger persons refuse giving up their seats on public transport and public places to the aged.

The guiltiest of these are some 'tro-tro' drivers and mates and some traders who hardly show courtesy to the aged. Heads of department’s, ministers and the heads of state or presidents (however young) are often called old men and women meant jokingly to honour them.

Ordinarily, there is nothing wrong with an ageing person being addressed as old men and women. However, the tag is given to the older persons a derogatory manner that often makes them sad. Some of the older persons who are on pension, but have to work often regret venturing out to town to transact business or visit friends and relatives.

The time has come for the government to turn attention on the myriads of problems confronting the aged. Government agencies international bodies and civil society should be made to sensitize people on how to handle older persons courteously at home and in public places. The Ministry of Gender, Children and Social Protection is capable of dealing with issues of ageing in Ghana.

Older persons after serving the nation deserve to be given all the necessary assistance to promote their health and happiness. Officialdom is aware of this and are said to be preparing to do something about it. A policy on ageing is has been prepared by government to deal with the problems facing the ageing population.

The Ministry of Employment and Social Welfare, once said government would present a bill to Parliament on the National Ageing Policy this year to legalize the establishment of the National Council on Ageing.

The policy when passed into law is to ensure the implementation of recommendations and coordination of government activities related to the elderly in a more organized approach.

As a follow-up, the Ministry would develop and implement a pilot social pension scheme for the older persons without formal social security in 2013 and would be done side by side with the strengthening of existing social security schemes to provide income security for the older persons. But the problem is that internationally, as in Ghana, the number of ageing is growing rapidly.

Information from the Ghana Statistical Service showed that life expectancy at birth had increased to 60.7 years for males and 61.8 years for females.

Unlike most other population groups such as children and the youth, there is relatively little interest shown about the situation of older people. The absence of comprehensive information means that ageing is poorly understood and, as a result, adequate resources are not allocated to meet the needs of the older population. The absence of an agreed definition of ‘older person’ to achieve consistency with international conceptual understanding exacerbates the problem as comparative analysis is difficult even where data exists.

It is evident that population ageing will become a major issue in developing countries which are projected to age swiftly in the first half of the twenty-first century. The proportion of older persons is expected to rise from 8 to 19 percent. The fastest-growing group of the older population is the oldest old, that is, those who are 80-years-old or more. In 2000, the oldest old numbered 70 million and their numbers are projected to increase to more than five times than over the next 50 years. Another major demographic difference relates to gender. Older women outnumber older men. The gender dimension of ageing must be a priority for global and national policy action.

In Ghana, the situation is not very different. Available statistics from the population census of 2000 and other surveys on population indicate that the majority of people in Ghana (64%) live and work in rural areas where the greater proportion of older persons also reside.

Available data indicate that older persons aged 65 years and above constitute 5 per cent of the Ghanaian population (GSS, 2002). This figure is among the highest in Africa. Most of these elderly persons reside in rural areas. There is also evidence to show that the aged in Ghana has been increasing over the years. The 2000 Population and Housing Census indicate that the proportion of the elderly (65 years and above) formed 5.3 per cent of the population, an increase from 4.0 per cent in 1984. The percentage increase in the aged population between 1960 and 1970 was 12.5 per cent. This decreased to 11.1 per cent between 1970 and 1984. However, between 1984 and 2000 the figure increased to 32 per cent. The ageing of the population is also reflected in the increase in the median age from 18.1 years in 1984 to 19.4 years in 2000. It is established that the ageing of Ghana’s population has been precipitated by rapid fertility decline and improvements in public health services, personal hygiene, sanitation and nutrition.

Another important issue of demographic concern is that the proportion of the elderly population Ghana as a developing country is growing much more rapidly than those in the developed countries. In the developed countries, the demographic transition process leading to an ageing population took place over the span of about a century (Angel and Angel, 1997; 1982; Olson, 1994), giving ample time to prepare and cope with the increased numbers of elderly persons. In addition, the process of industrialization after the Second World War was enhanced by the “Baby Boom” in these countries which made it possible for them to utilize effectively the large youthful population that entered the labour market at the time.

In Africa, this process of demographic transition is occurring in a few decades (Mbamaonyeukwu, 2001). Though the transition provided large numbers of youth, it was not accompanied by the needed process of industrialization to absorb the youth. As a result, Africa is not able to effectively utilize its window of opportunity, which is the youth, for development to benefit the aged.

Regional demographic dynamics in Ghana follow similar trends. In all the ten regions of the country, older persons aged 65 years and above have been increasing. Most regions however have a greater proportion of surviving females above 65 years than males. The age structure of districts is also characteristic of the population experiencing rapid growth with some districts as high as 8.8 per cent with larger proportions of older persons aged 65 years and older accounting for 4.1 per cent.

3.2 Ageing and the development challenge
In recent past older persons were accorded a high-ranking place in the traditional Ghanaian society, but in the process of social change resulting from urbanization, migration and other global issues, traditional norms have been affected in several ways. These social transformations as well as poor infrastructure development in the rural areas have affected the patterns of social interactions and relationships in families and communities and consequently how they relate to older persons. Thus migration in all forms create social distance and, with it, social disengagement and a systematic reduction in certain forms of interactions with families. The situation of migrant workers and ageing is also of great concern.

Older persons in Ghana are showing gradual signs of loneliness, poverty and neglect. The impact of this social neglect is however felt the most among older women (Apt, 1996) who are overburdened with widowhood rites and responsibilities, social and cultural discrimination (e.g. witchcraft) and in recent time the care of HIV/AIDS orphans and people leaving with AIDS. Thus not only are older people at risk of contracting HIV but they are the main providers of care in some cases to those affected by AIDS and for orphaned children.

The issue of ageing is important and a matter of concern to all who would definitely grow old. Therefore as we give support to children and youth there is the need for the government with the help of parliament and the civil society bodies in Ghana to expedite action to offer the needed assistance to ageing.