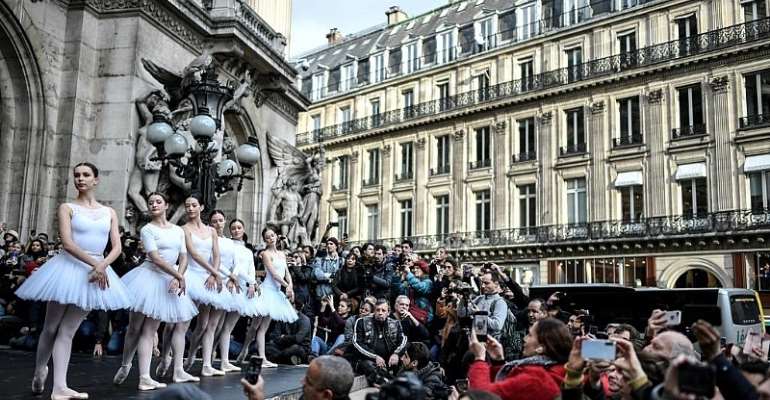 Paris Opera dancers have become the latest group to be offered a reprieve from French pension reforms, with the government proposing new rules that would see only dancers recruited after 2022 affected.

In a letter to Paris Opera director general Stéphane Lissner, France's Culture Minister, Franck Riester, and Secretary of State for Pensions, Laurent Pietraszewski, wrote: "The reform will come into force for dancers recruited after January 1, 2022, while the current rules will be maintained for dancers recruited before this date."

Paris Opera dancers at Garnier and Bastille, currently on strike against the pension reforms, are allowed to retire at age 42 given the "arduousness" of their profession, the risk of injury and the fact that the majority of dancers are unable to dance the great ballets beyond this age with the same level of excellence.

In the letter, dated 23 December, the government also proposed to develop "a professional retraining system" for the dancers who retire.

Unconvinced, many dancers took to social media to voice their opposition to the government's proposals. In a text published on Facebook, they wrote: "We have been offered the chance to escape the measures, only to see them applied to the next generation of dancers. But we are only a small link in a 350-year-old chain and this chain must extend far into the future. We cannot be the generation that has sacrificed the future."

The Paris Opera says its strike has resulted in the cancellation of several shows and losses of some 8 million euros.

On Christmas Eve, dancers from the Opera ballet corps performed an extract of Swan Lake on the forecourt of Opera Garnier, accompanied by the symphony orchestra, to denounce the reforms which they say puts their careers in danger.

The opera's special regime dates from 1698, under Louis XIV.