Emmanuel, God With Us - In Strange Ways 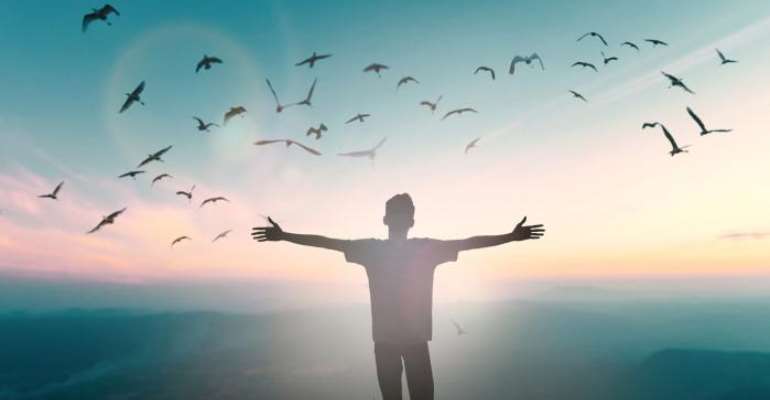 “Behold, a virgin shall be with child, and shall bring forth a son, and they shall call his name Emmanuel, which being interpreted is, God with us.” (Matthew 1:23 KJV).

Many people admire certain families and wish they were part of them. Those admired families tend to have long pedigrees of distinguished people who are or were well-respected or influential in their villages, towns, cities or countries.

However, if we were to dig deeper and wider into the ancestries of those admired families, we may find that all that glitters is not gold. In the end, we may realize that a perfect family background is rare. Some members of the admired families may have done some bad things or even built their foundations on illegal, unacceptable or shameful things by today’s standards. That possibility should make us humble about our own family backgrounds. While we cannot erase or change our ancestral backgrounds, in Christ, we can change our future relationships.

And so if you find out that your family background is not perfect, do not worry because you are in good company. Jesus Christ, the only perfect person to have walked on this earth, came from a family background that some may consider as not all that perfect.

Jesus Christ came into this world to save mankind from our sins and reconcile us to God. The sin of Adam drew mankind apart from God; and the birth, life, death, and resurrection of Jesus Christ reconciled mankind to God. Jesus, the son of God, came to live among sinners like us in a manner that confounds the wise. He came in a strange way, and lived and continues to live with us in strange ways.

The Gospel according to Matthew gives an account of how baby Jesus was conceived by the Holy Spirit and delivered by the Virgin Mary (Matthew 1:18-25). Matthew also points out that an angel addressed Joseph as “Joseph son of David.” Matthew Chapter 1 establishes the genealogy of our Lord Jesus Christ from Abraham through David to Joseph. On Jesus family tree are some cast of characters from whom many of us would not expect a Holy God to descend in the form of Jesus Christ. Matthew identifies only five women, by name or inference, in the genealogy. They are Tamar, Rahab, Ruth, Solomon’s mother who had been Uriah’s wife (Bathsheba), and Mary, the mother of Jesus.

Let’s look closely at four of these women through whom Christ descended. Tamar’s story is found in Genesis Chapter 38. Judah, one of the 12 sons of Jacob, had a son called Er who married Tamar. Tamar’s husband Er died and her father-in-law also lost his wife. Years later, Tamar heard that her father-in-law Judah was travelling so she took off her widow’s clothes, covered herself with a veil to disguise herself, and then sat down at the entrance to the city where Judah would pass. When Judah saw her, he thought she was a prostitute and had sexual relations with her. Tamar became pregnant and gave birth to twin boys Perez and Zerah. Perez became the father of Hezron who continued Jesus’ family tree.

Rahab’s story is found in Joshua Chapters 2 and 6. Rahab was a prostitute in Jericho who hid on top of the roof of her house the two spies that Joshua secretly sent to spy on the land. She told the king’s messengers that the spies had left her house. Later on, she let them down with a rope through the window which was part of the city wall. Before the spies left, Rahab asked them to remember her when the Israelites conquered the city and they agreed. When the Israelites conquered and burned the city of Jericho, Rahab and her whole family were rescued by Joshua. Rahab became the mother of Boaz who continued Jesus’ family tree.

Ruth was a woman from Moab who married one of Naomi’s two sons when Naomi’s family moved from Judah to Moab. Her story is recorded in the Book of Ruth. Naomi lost her husband and two sons and she decided to move back to Judah. Against Naomi’s advice, Ruth followed her. When they arrived in Judah, Ruth’s excellent relationship with her mother-in-law impressed Boaz (mentioned above), one of Naomi’s relatives. Boaz married Ruth and they had a son called Obed, who became the father of Jesse, who was the father of King David. The story of Ruth and Naomi demonstrates one of the best daughter and mother-in-law relationships known in history.

Then there was Bathsheba, the mother of King Solomon, whose story is recorded in 2 Samuel Chapters 11 and 12. Bathsheba was married to Uriah, a soldier in King David’s army. David impregnated Bathsheba. To cover up the pregnancy, David recalled Uriah from the battlefield to be with his wife. Uriah reported himself to David, but refused to go home to be with the wife. David then had the commander place Uriah in front of the battle line where the battle was fiercest and was killed. David married Bathsheba, but the child died a few days after he was born. The second child born was Solomon who continued Jesus’ family tree.

Time and space will not permit me to mention the interesting qualities of some of the men. Suffice it to say that the genealogy of Jesus contains a liar, trickster, prostitute, adulterer, and murderer. Who would have thought that God would come to be with us through that family background? Note also the foreign connections in the genealogy. Tamar, Rahab, Ruth (and perhaps Bathsheba), were Gentiles, not Israelites. A universal God manifested Himself to us from a diverse family background! He still does today—physically and spiritually. For example, God is with us through the Bible, the Holy Spirit, and our fellow human beings from all races and countries. Jesus said that as you did it to one of the least of these my brethren, you did unto me (Matthew 25:40).

That is why those who are too proud of who they are or where they come from, and look down on others who are not like them, should be humble about their status and embrace diversity, equality, and respect for all people. Perhaps, if they were to trace their ancestry all the way back, they may find that some of their ancestors and ancestresses were of less than noble character or worshipped idols or came from a country, nation, kingdom, race, tribe or group that is different from what they now claim. Migrations and intermarriages have mixed many people together.

As mentioned earlier, Jesus came to save all sinners. His own genealogy shows that there is hope for all of us who repent and accept him as our personal savior. If you are a liar, prostitute, adulterer, or murderer etc., there is hope for you. And whether you are an Israelite or Gentile, there is room in God’s big tent for you. Note that Rahab, the prostitute who saved the spies, is honorably mentioned in Hebrews 11:31 among the Old Testament men and women of faith, while names such as Sarah, Rebecca, Joshua, Elijah, Elisha, and Solomon etc. were not specifically or directly mentioned. No one is beyond God’s mercy, grace, and pardon which may be received through faith in Jesus Christ.

Once you join the Christ family just as you are, things change. In 2 Corinthians 5:17 NIV, we learn that “if anyone is in Christ, he is a new creation; the old has gone, the new has come.” The new Christian now belongs to a new family – the family of Christ. That is what Christ meant when someone told him that his mother and brothers were outside wanting to speak to him, and he responded, “Who is my mother, and who are my brothers? …. For whoever does the will of my Father in heaven is my brother and sister and mother.” (Matthew 12: 46-50 NIV).

Prayer is the key. May God grant us the grace to seek Him daily through our prayers. Merry Christmas and Happy New Year.

Prayer House Ministry is dedicated to providing a quiet facility for Christians to pray individually by themselves without any intermediary priest, pastor or any other person. This is a free service. No money is demanded or accepted. One facility is located at Kyerekrom / Fumesua, near Building and Road Research Institute Offices, one mile off the Kumasi-Accra Road and next to a house called Grace Castle. If you are interested, please contact Agnes at 054-7498653. Another is located at Kantinkyiren, at the junction of Kantinkyiren and Konkori, off the Kumasi-Obuasi Road, branching left at Trede junction. Contact Kwadwo at 020-8768461 / 0246-989413.