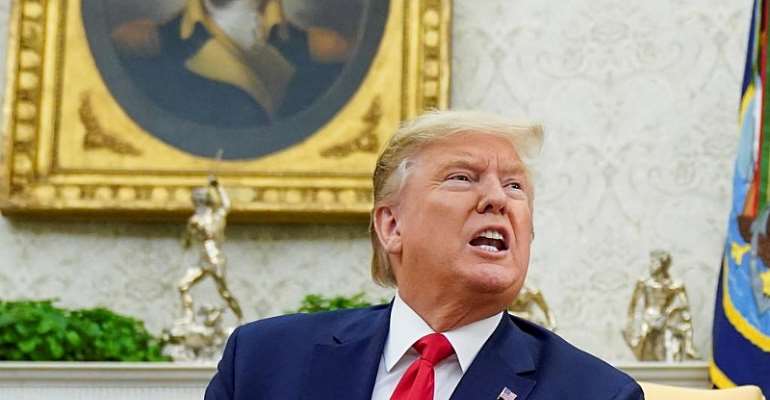 President Donald Trump faces becoming only the third US leader ever to be impeached on Wednesday when the House of Representatives is set for a historic vote that would trigger Trump's trial in the Senate.

On the eve of the vote, Trump said he was being subjected to an "attempted coup" and a witch hunt.

In an angry six-page letter, the president told Nancy Pelosi, speaker of the Democratic-led House of Representatives, that "history will judge you harshly".

The letter came just minutes before Pelosi announced that the House would vote Wednesday.

"The House of Representatives will exercise one of the most solemn powers granted to us by the Constitution as we vote to approve two articles of impeachment against the president of the United States," Pelosi said in a letter to Democratic colleagues on Tuesday.

"During this very prayerful moment in our nation's history, we must honor our oath to support and defend our constitution from all enemies, foreign and domestic," she added.

Allegations include obstruction and withholding evidence

Trump is accused of attempting to force Ukraine into investigating a main 2020 reelection rival, Joe Biden.

He is also accused of obstructing Congress by refusing to cooperate with the impeachment investigation, barring staff from testifying and holding back documentary evidence.

The two articles of impeachment are certain to pass in the House, where Democrats hold a firm majority.

That will send the case to the Senate, where a trial of Trump is expected to open in January, and his acquittal is equally expected, given the Republicans' control there.

Figure out what genre of music you can succeed, until then, ...
4 minutes ago

Pishigu-Lana Chief Alhassan Andani calls for tolerance among...
54 minutes ago