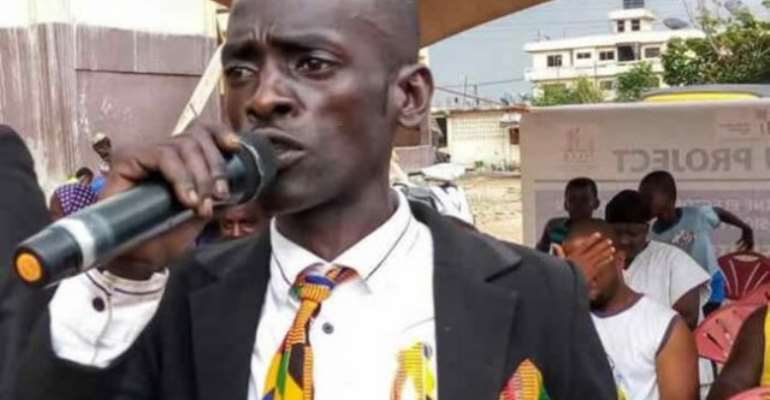 Official results from the Adukrom Nima electoral area shows that Nana Adabor Ibrahim Isaah Ampim aka Hon Aponkye has lost the District Assembly and Unit Committee elections in that area.

He was vying for Assemblyman of the area but at the end of counting, the man who has now become a social media sensation polled only 247 votes out of the total ballots cast.

He was 783 votes behind the winner, Rashid Musah who polled 1030 votes.

The other contenders –Maxwell and Iddirsu Abdallah – garnered 789 and 513 votes respectively.

The aspirant becomes an instant hit on social media following an interview on television in the run-up to the elections.

Hon Aponkye made a litany of promises during his campaign, some of which include jobs, one house one biogas for every member of the community, free canopies and chairs for functions, free breakfast and many others.

Prior to the announcement of the elections, he vowed to challenge the results in court if he does not win.

It remains to be seen if he will go ahead with the threat.