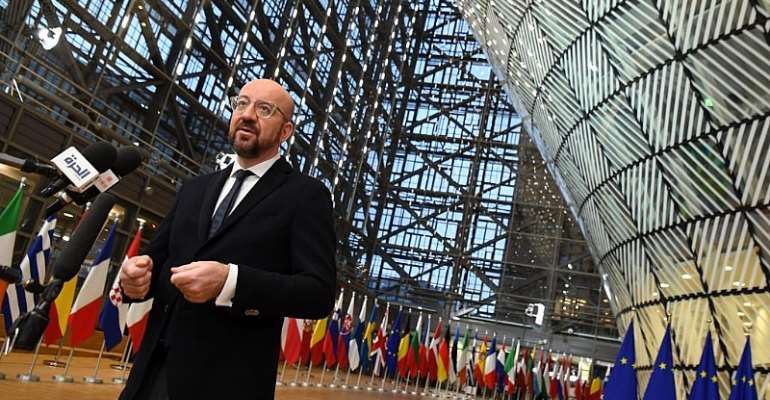 EU leaders said Friday they were ready for the next phase of Brexit, just hours after Prime Minister Boris Johnson's party scored victory in Thursday's elections, paving the way for Britain's divorce from the bloc.

"We will get Brexit done on time by the 31st of January, no ifs, no buts, no maybes," Johnson told cheering supporters on Friday.

"Leaving the European Union as one United Kingdom, taking back control of our laws, borders, money, our trade, immigration system, delivering on the democratic mandate of the people."

The Europeans had widely expressed hope for a convincing victory in the British vote to achieve clarity in a crisis that has hounded Brussels since the British referendum to leave the EU in June 2016.

EU negotiators are nonetheless worried about the breakneck speed with which Johnson would like to strike a trade deal with Europe and any British effort to undermine the unity among the remaining 27 members.

"My point is very clear: we are ready. We have decided what are our priorities," said EU President Charles Michel as he arrived at an EU summit where leaders will discuss the aftermath of the UK vote and Britain's planned departure from the bloc on January 31.

"I hope we will have loyal negotiations, good negotiations," added Michel, who coordinates EU summits for the bloc's 28 member states, that for now also includes Britain.

The former Belgian prime minister hoped for "an early ratification by the British parliament" of the exit agreement negotiated between London and the European Union, "so that we can start the negotiations on the next phase calmly, quietly but with great determination".

"Unrealistic" calendar
But French MEP Nathalie Loiseau said that there was still “an enormous amount of work” to be done on Brexit.

“During the election campaign Boris Johnson said that everything would be tied up by the end of 2020” Loiseau told RFI on Friday morning. “This is completely unrealistic.”

Loiseau, President Macron's first minister of European Affairs, said they had years of work ahead of them.

"I find it hard to believe we'll have finished anything at all before 2020, or [if we have] it will be a kind of strict minimum, something like leaving without a deal and we know that the British don't want that.”

“Along with the French President, our line over the last few months has always been that we need clarification: that the British people, parliament and government can speak with the same voice. We now seem to have this clarification," she said.

For Montchalin, this will allow the European Council to discuss the kind of mandate European negotiators will be given to start preparing the famed future relationship between the UK and the EU.

"We've been saying for months, if not years, that the most important thing in this Brexit is not the way we separate but what we build, or should I say rebuild, afterwards. Because I don't think there are governments anywhere in the world as close as we are which are having to rebuild a trade relation of this intensity.”

"I look forward to working with you for the friendship and strong cooperation between our nations," her spokesman tweeted.

Other leaders hailed the end of three and half years of Brexit chaos, including three delays.

"A lot of remainers voted for Johnson because they were fed up. They wanted clarifications," said Luxembourg Prime Minister Xavier Bettel.

EU leaders in Brussels were to endorse a Brexit text at the end of their two-day summit, which was dominated on Thursday by climate talks.

According to the latest draft, seen by AFP, the 27 other EU leaders will call for "as close as possible a future relationship with the UK" while warning that it "will have to be based on a balance of rights and obligations and ensure a level playing field".

And they will ask the European Commission to submit "a draft comprehensive mandate for a future relationship with the UK immediately after its withdrawal."