Beyond NDC And NPP 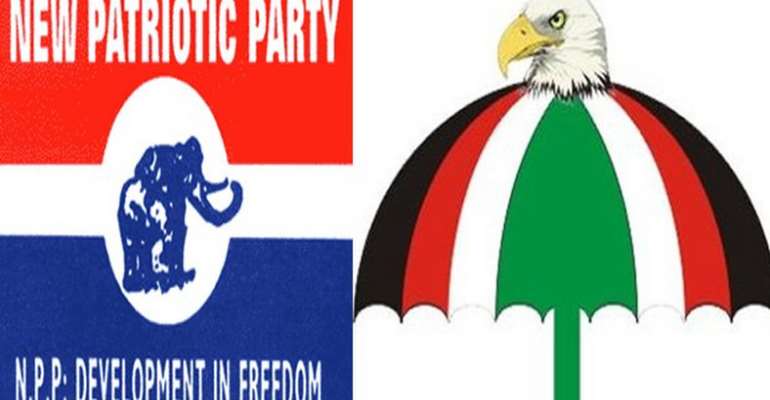 The National Democratic Congress (NDC) and the New Patriotic Party (NPP) have both contributed to the socio-economic and political development of Ghana. In opposition and in government, the two parties remained the dominant framework that shaped and is shaping Ghana in the fourth republic. Many romantic politicians and communicators described the duo as pace setters in the political history of West Africa. The achievements of the two parties is mostly mentioned and seen in the peace and stability that we have enjoyed after the upheavals of the sixties, seventies and early eighties. The leaders of these two parties, both past and present, deserve a gold medal at least, a token for their contribution to mother Ghana. Leadership is a herculean task and not all of us are well carved for it. Those who attain leadership however must be like the proverbial Creaser’s wife and be above reproach. The two parties stand out like a pimple in the sub region. It is time however to take stock of their achievements and juxtapose them Vis a Vis the disappointments.

In corporate organizations, one of the factors that drive an industry is competition. Competition promotes quality, high standards and gives out the best. The two dominant political parties in Ghana lack intense competition. It is either the New Patriotic Party wins or the National Democratic Congress wins. This has forced the citizens of Ghana into voting like it is in two party states. The parties have also become relaxed and unconcerned about the social and economic problems facing the country. They rely on the divide and rule strategy, further deepening our ethnic and religious uniqueness to promote their selfish interests. We need a strong third political force in Ghana to occupy the gap created by the long presence of the National Democratic Congress and the New Patriotic Party.

I remember a country where communal labour clears the chocked gutters at Kaneshie market, I remember a country where citizens perform national tasks for free without demands for payment and I also remember a country where it matters not which party governs, the citizens are ready to help. All these are now childhood memories watered down by partisan politics, the NDC and NPP conundrum. Why are we so blest but linger on the corridors of destruction? The two parties have given us a bitter pill and provided honey to take it with. Their misdeeds negate their deeds and their promises are like the venom of the viper, it cannot be trusted. What a reversal of fortune! Patriotism is thrown to the dogs and we look for money from wherever we can get it. We replace our country’s patriotism with political party loyalty because it pays better. Is that all there is to life? Money? Of course not.

Mistrust
One of the ills by the NDC and NPP Administrations is mistrust. Both parties in their bid to win election have created so much mistrust that the ordinary Ghanaian does not know what to believe, who to trust and how to effectively contribute to the development of Ghana. When one is in opposition, it paints the picture of the ruling government so bad that we assume everything is wrong. An effective opposition party praises the government when it has done well and criticizes it when the need arises. In the case of NPP and NDC, it is, see all evils, talk all evils and speak no good. This is unhealthy for our country and negates the very essence of the opposition. The ruling party on the other hand discards the opposition so much that, their very existence is called into question. The fact is that the two, government and opposition need to exist for effective governance.

Increase in Political abuse and violence

Comparatively, elections in Ghana have been peaceful. However, there is a gradual increase in political abuse and violence. A case in point is the “montie Trio” where commentators on a radio program insulted and threatened high ranking members of the judiciary. Also at Ayawaso West Wagon bye-elections, the NDC and NPP were in their full regalia and behaved like the animal farm depicted by George Orwell. It is true we have enjoyed peace for some time now under the two parties. To consolidate this peace however, it is important we stop the political abuse and violence because that is where the troubles always start. The seeming reward for political activists who are derogatory in their discourse is motivating. Most people want to catch the attention of the two parties by being derogatory in their commentary and discourse. This has not been the way of Ghanaians. To add pepper to injury is government’s reluctance to punish activists who engage in violence against political opponents. We seat on a powdered keg and we must act whilst there is still time.

Lowering standards of morality and ethics

It is not easy to regulate morality and ethics because of the varying standards of measurement. Our culture has however provided us with the basics of ethical and moral behaviour. The disrespect to the high office of the president, disregard for traditions in the name of Christianity and disrespect for chiefs are evidence of the lowering standards of morality and ethics. Faith is dynamic and diverse and must be respected. Traditions however are the umbilical cord that connects us to the divine. It binds us and gives us an identity. A faith that does not acknowledge and respect tradition is no faith. Like the nose and the mouth, we need our faith and traditions to survive. One cannot say no to the other. It is sad to see the NDC and NPP dynamics eroding our traditions too. Government must correct this by a clear call to action for citizens to uphold and respect our traditions.

It is important for the sake of quality and high standards of administration for a third political force in Ghana. The NDC and NPP gaps can be addressed by another political force. It will bring positive competition devoid of cronyism, family and friends and political apathy.

In the meantime, the NDC and NPP must learn to coexist, appoint competent opponents to government and criticize constructively. This is necessary for the survival of society.