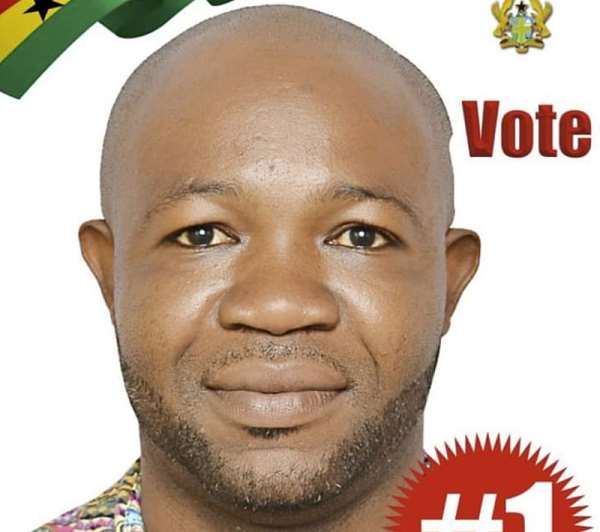 The Assembly Member for the Nima East Electoral Area, Hon. Awudu Iddrisu has strongly condemned attempts by some political parties to interfere in the local assembly elections processes.

According to the Assemblyman who is also vying for a second term in office , "it is wrong for political parties to interfere in local Assembly elections" .

The Assemblyman therefore condemns current direct and indirect interferences by both the NDC and the NPP in the forthcoming Local Assembly elections.

He noted that Local Assembly elections should be independent of political parties, and should be based on who can do the work and not the one preferred by a certain political party.

A political party can choose a candidate to represent it, but such a person might not be the best person because he or she cannot do the work as expected of an Assembly Member.

I was voted for by the people of the community not because I belong to a certain political party but based on my competences and what I can do for them.

He therefore cautioned the two major political parties in the country to desist from picking candidates to represent them in local assembly elections.

He indicated that he is the Assemblyman for the entire Nima East community and not for a certain political party or religious body.

Hon. Awudu who doubles as the Ayawaso East Municipal Director for the YEA, who was speaking to this reporter at Nima, a suburb of Accra advised the youth of Nima in particular to be law abiding and good citizens of the country because they are the future leaders.

He encouraged them to be focus and take their education seriously so as to contribute their quota to the socio - economic transformation of Ghana.

He was optimistic he will win the forthcoming Assembly elections massively to continue his good work.

He called on his two other aspirants in the upcoming polls to campaign on issues and not blackmail, insults and attacks.

"We are all championing the same course to serve our beloved community and that we must not go on stage to insult or blackmail our opponents just to win votes"he emphasised.