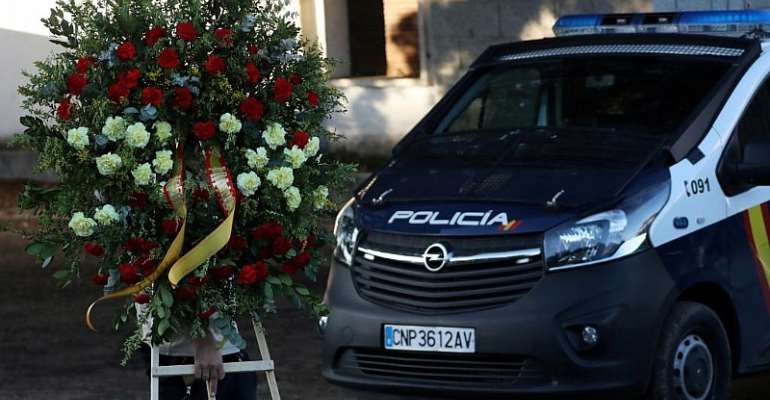 The Spanish government has started exhuming the body of former dictator Francisco Franco to move it from the grandiose mausoleum where it has been since 1975, to a more discrete family vault. The operation has raised controversy in a country that is still coming to terms with its history.

"The exhumation process at the tomb of Francisco Franco has begun," a spokesperson said Thursday morning.

Ahead of the operation, 22 members of the dictator's family arrived at the basilica in the Valley of the Fallen, some 50 kilometres from Madrid, along with Justice Minister Dolores Delgado, a forensics expert and a priest.

Once the exhumation is completed, Franco's body will be flown by helicopter to be reburied alongside his wife in a state cemetery just north of Madrid.

Franco led nationalist rebels backed by Hitler and Mussolini to victory in the 1936-39 civil war, which left around 500,000 dead. He ruled Spain until his death in 1975. Democracy returned in the following years, in a period known as the Transition.

Franco ordered the construction of the Valley of the Fallen in 1940 to celebrate his "glorious [Catholic] crusade" against the "godless" Republicans. It is one of Europe's largest mass graves, with the remains of over 30,000 dead from both sides in the civil war.

Since his death, his tomb there has drawn both tourists and right-wing sympathisers.

The exhumation was initially intended to take place in June 2018, when Prime Minister Pedro Sanchez first came to power. He made moving the remains a priority, saying that Spain should not continue to glorify a man who ruled with an iron fist.

The operation, which was delayed by a string of legal challenges filed by Franco's descendants, comes ahead of a general election on 10 November, and Sanchez has been accused of using the exhumation for election purposes.