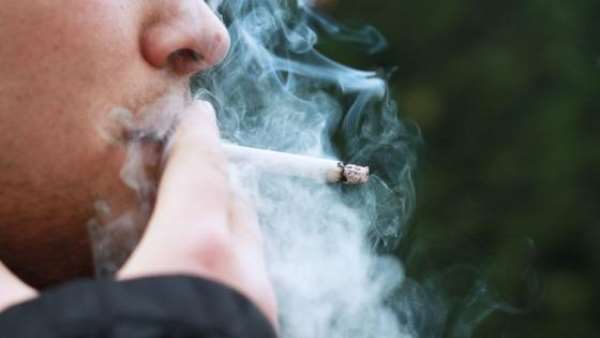 Almost one third of adults smoke everywhere in the world. In Germany, a total of 25.1 billion euros was spent on tobacco products in 2016. That shows the grasp to the smokescreen, there are 75 billion in this country per year and remains popular. However, the Minister of Finance also earns heavily from it. In 2018, the treasury received around 14.34 billion euros from tobacco tax.

Neither the state nor smokers are concerned about how and under what conditions tobacco for cigarettes is cultivated.

Large corporations such as Philip Morris International and Imperial Brands produce their tobacco mainly in Asia, Africa and South America. There, small farmers send their children to the tobacco fields on the huge plantations so that they can contribute to the meagre family income.

Child labour must not be tolerated
But whether the contract farmers and suppliers really adhere to this is written on a different paper. Because it is an open secret that the little ones on the tobacco fields in Brazil, Malawi, Zimbabwe or Indonesia get less money for their work. That's why they prefer to be hired rather than adults, even though they take on the same tasks as their mothers and fathers.

Tobacco harvest in Zambia: The child workers on the plantation almost disappear between the large leaves of the tobacco plants.

The "Unfairtobacco-org." criticises the fact that parents send their children to the tobacco fields at all, because adults are not paid appropriately. The non-governmental organisation is fighting human rights violations in tobacco cultivation worldwide yet, it cannot prevent them.

Leyla (12) works almost every day on the tobacco plantation

In African Zambia, which lies between Angola and Mozambique, almost half a million people work in the tobacco industry. Many of them are children. For half a day's work they get the equivalent of just 50 cents.

Just like Leyla. She lives in the outskirts of Choma, in the south of Zambia. The twelve-year-old has been working almost every day on the tobacco plantation for five years. Here she takes pictures of the flowers and superfluous side shoots of the tobacco plant. In this way the plant pumps the nicotine, which was intended for more leaves and flowers, into the remaining leaves.

"When the tobacco is ripe, we have so much to do that I can't go to school," says Leyla. She can only attend classes just some few months because she earns the necessary money herself.

But the lack of school attendance is only one side of the coin. The health risks to which Leyla and the other children are exposed are far more serious. They come into daily contact with the nicotine contained in the tobacco leaves.

Child workers on the tobacco plantations touch each individual plant about 30 to 50 times during the course of a tobacco harvest season, from sowing to selling the leaves. Nicotine penetrates the skin every time. It's as if the children smoke 50 cigarettes a day.

Many children therefore suffer from the so-called Green Tobacco Sickness (GTS). The plant's nicotine passes through the skin into the circulatory system and leads to various symptoms of the disease, which particularly affect children:

In addition, many child workers complain of back pain from bending down a lot. On the Tobacco farms in the heat of the shadowless field, they also get sun heats, are bitten by snakes or mosquitoes and feel tired.

"Kindernothilfe-org," started a project with its partner organisation BICC (Brethren in Christ Church). The employees visit the working children in the fields and plantations, talk to the parents and grandparents to convince them that there are better ways of improving the family income than child labour. And they look after so-called child rights committees, in which respected adults from the village communities work for the concerns of the children.

At the same time, BIC has founded numerous self-help groups (SHG) inspired by Kindernothilfe's positive experiences. Here the mothers of the poorest families are trained, strengthened and introduced to new business models with higher income opportunities in a social network.

"Kindernothilfe" (KNH) is a charity organization and was founded in 1959 by a group of Christians in Duisburg, Germany, in order to help needy children in India. Over time, it has become one of the largest Christian organizations in Europe for children's aid.

More and more women are finding a way out of subsistence farming and into more lucrative jobs, which ultimately make it superfluous for children to work in exploitative situations. The good experiences have shown. If the household income is sufficient for food, school expenses, fuel and medical care, then the families no longer send their children to work.

All over the world, children work under exploitative conditions, in danger of their lives, their health, their development, without any chance of education.