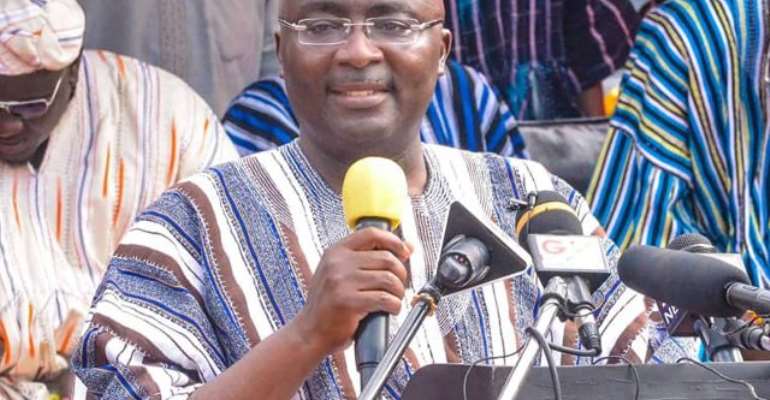 Vice President, Dr Mahamudu Bawumia, has assured road contractors their monies owed them by the government will be paid before the end of November.

Speaking at the 43rd celebration of Kobine festival at Lawra in the Upper West region, Dr Bawumia revealed the contractors are going to be paid in two batches.

“By November, 80% of all road contractors, the government owes will receive full payment for their certificates. The remaining 20% who turn to be the very big contractors will initially receive 40% of their amount to start with,” he told the gathering.

The Vice present added that the 20% will receive the rest of their payments subsequently, adding that “it is going to be a game-changer for our roads in Ghana.”

According to a report by JoyNews’ Rafiq Salam, many contractors have abandoned road projects in the country due to none payment of funds.

The Vice President, however, said that the payment will be made for various projects to be completed across the country.

He also assured the Paramount Chief of Lawra, Naa Puowelle Karbo III, that the Dikpe Bridge he is concerned about will be taken care of.

Dr Bawumia said that the project will include the construction of a 275-metre span bridge, a rest stop, a toll booth and a plaza.

“So, Naa Puowelle Karbo III, your request for the Dikpe bridge has been granted by God Almighty and by Nana Addo Danquah Akufo Addo,” he added.