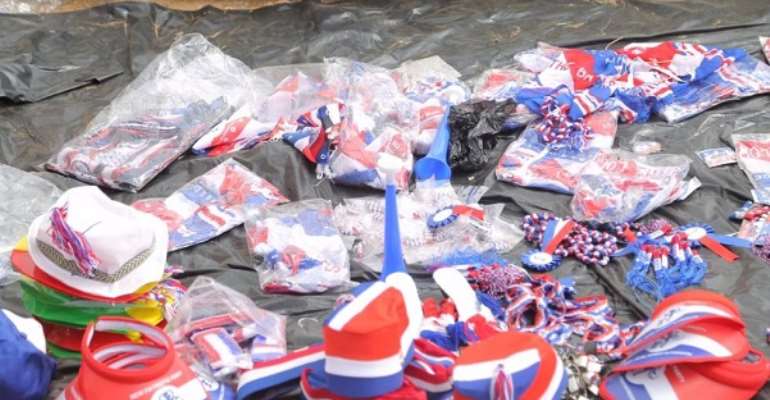 PRESS CONFERENCE BY THE SAVANNAH REGIONAL -NDC ON THE BRANDING OF DAMONGO SENIOR HIGH SCHOOL IN NPP COLORS, THE ABUSE OF POWER AND FLOUTING OF GES BAN ON POLITICAL ACTIVITIES ON SECOND CYCLE INSTITUTIONS BY THE NPP.

26TH SEPTEMBER, 2019.
Good afternoon ladies and gentlemen of the press.
Permit me to thank you on behalf of the National Democratic Congress (NDC) for honoring our call even with the urgent nature of our invitation. As the fourth arm of governance, we appreciate your sense of duty whenever we call upon you and we wish to continue in that beautiful relationship we have been enjoying with you especially here in the Savannah Region.

Friends from the Media
Todays Press conference will be brief and straight to the point as we wish to expose and set the records straight on one of the hypocritical attitudes of the Akufo-Addo led Government that may soon undermine the beautiful democratical adherence we have been enjoying since the fourth republic.

We may all remember sometime back in August Last year(2018) that a letter was issued by the Ghana Education Service signed by the Head of public relations Unit, Cassandra Twum Ampofo, directing all Headmasters not to allow for political activities on various Senior High schools after a National Organiser aspirant Mr.Joshua Akamba of the NDC visited a Senior high school in the tempane district where students out of disappointment in the Failed promises of this Government decided to pour out their grievances of unhealthy living conditions in their institution. Mr. Akamba was immediately invited to the BNI quarters for questioning as to why he was found engaging in a political activity on that institution and a subsequent attempt to charge him before court for prosecution.

Mr. Dominic Ndego, the Headmaster of that institution was also Reprimanded outrightly by this government even at the backs of public and legal defence for the headteacher.

Ladies and gentlemen, this was quiet surprising to the general public most especially to political parties who contested before and in the 2016 elections because the Habit of costantly visiting senior high schools to hold political activities and campaigns was one very known to the NPP especially with the then running mate Dr. Mahamudu Bawumia who was seen on several occasions visiting senior high schools around the country and giving them unimaginable promises on a daily basis. This attitude wasnt different with some other big-wings of the NPP such as Hajia Alima Mahama among others. Evidence to all the above will be provided in visual form for substantiation.

Friends from the media, a test to the directive given by this government in banning political activities on various second cycle institutions was seen when the former president of Ghana H.E John Dramani Mahama was embarking on his campaign to lead the NDC as flag bearer into the 2020 elections.

A letter was issued on behalf of the former president John Dramani Mahama in February this year 2019 seeking access to the Damongo Senior High school Assembly Hall where the program was to be held. Exactly 24 hours to the program a reply was given from the school authorities highlighting the ban of Political activities on various institutions and denying us access to the facility.

Friends from the media, Two days ago, the entire savannah region woke up to see the same Damongo Senior high school in full NPP gown as though the school had been auctioned to the NPP as a branch of their headquarters in damongo. The entire school currently has been branded in NPP colors and Posters/banners of Samuel Abu Jinapor and preparations by national, regional and constituency executives of the NPP are seriously ongoing there destructing academic work on the institution. This constitutes an infringement on the rights of the students, an abuse on the academic discourse and a violation of same GES directive re-implemented months ago.

The same Damongo Senior High school that was used as a test grounds in implementing the GES directive when the H.E John Mahama was visiting few months ago today is being used as the ultimate venue for the NPP’s Saturday primaries. What a shock!

We call on all the GES, civil society groups and all agencies concerned to investigate this matter and the necessary actions taken as prescribed. we can’t pride ourselves as people who practice democracy and the very actors of government who are supposed to uphold the dictates of the law being the lead culprits in flouting and abusing the same law.

We thank you all for coming.
-signed-
Malik Basintale
(Savannah Regional Com Officer-NDC)